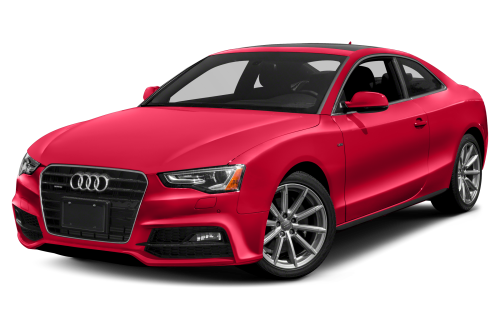 Audi A5 – sports car (two-door coupe on the Audi A4 platform), produced by the German automaker Audi since 2007 at the factory in Ingolstadt. Audi A5 was simultaneously presented at the Geneva Motor Show and the Melbourne International Auto Show on March 6, 2007. The manufacturer positions the model as a Gran Turismo class car, thereby declaring it as a competitor to the BMW E92 (BMW 3-Series Coupe) and Mercedes-Benz CLK-class (now manufactured as Mercedes-Benz E-Class Coupe).

Audi A5 – version of the 4th generation Audi A4 (B8) in the back compartment. The exit of the A5 marked the return of Audi to the mid-size coupe market, on which Audi was introduced before 1996 by the Audi Coupe (B3 / B4) car based on the Audi 80. Audi A4 (B6 / B7) was released in the convertible body, but not the coupe. Because of the release of the Audi A5, A4, the B8 generation, in the back of the convertible, was no longer presented.

Audi A5 debuted on the new platform Audi MLP (Modular Longitudinal Platform), which was planned as the basis for the next generation Audi A4, A6 and A8. The platform is remarkable in that it leaves the “overhung” position of the engine installation in front of the front axle, now the engine is located behind it, this is done to achieve a more even weight distribution (52:48) [2] between the front and rear axles.

Audi A5 – the third coupe in the Audi range, along with the second generation TT and R8. A5 borrowed a number of elements from the concept Nuvolari quattro. The A5 debuted with a 3.2-liter FSI V6 engine, rated at 265 hp. (195 kW).

The specifications for the Audi A5 range include: 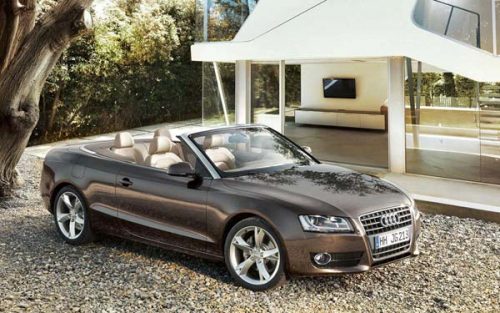 Release Audi A5 in the body of the convertible started from March 2009. Audi confirmed that the car will have a soft roof, unlike a solid, metal like the BMW E92. The price is from 41.000 euros.

The transmission on the S5 is represented by a 6-speed manual gearbox, which corresponds to the tradition of sports cars, as well as a 6-speed automatic Tiptronic series, the use of which allows to reduce both fuel consumption by 2 l / 100 km and to reduce the share of carbon dioxide in Exhaust gas, which is essential for a Western European buyer.

External design: S5 from A5 differs more “aggressive” frontal part – the bumper, radiator grilles, wings, side mirrors have an aluminum color. Behind the S5 are two pairs of exhaust pipes.

Like most Audi S and RS models, including LED stripes, for daytime traffic, surrounding xenon lamps (although on the Audi A5 they are supplied as an option). Also Audi S5 as standard comes with 18-inch alloy wheels (different designs), with large brake discs. Sport heated leather seats and other technical aids, some of which are available as an option on the standard A5 series. 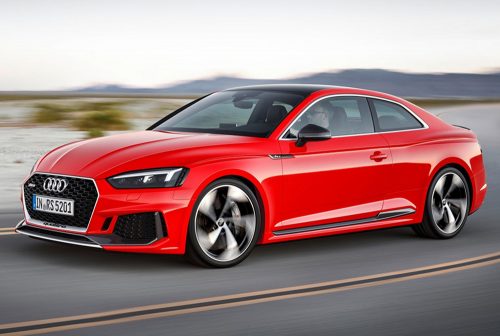 The sports coupe RS 5 is the top of the Audi A5 family. The first generation was equipped with a 4.2-liter V8 engine, which produced 450 hp. and accelerated the car to 100 km / h in 4.5 seconds. The car is completed with 7-step automatic transmission S-tronic. For RS5, the Audi Sport GmbH division has specifically developed a body kit that includes modified front and rear bumpers, extended wings, a spoiler, and dual exhaust pipes.

The second generation RS5 was presented at the Geneva Motor Show in 2017. The car received a 3-liter turbocharged V6 with a capacity of 450 hp. The car can accelerate to 100 kilometers per hour in just 3.9 seconds.

From the “normal”, the A5 Sportback features additional two rear doors and an extended wheelbase.

One thought on “Audi A5 PDF Workshop and Repair manuals”