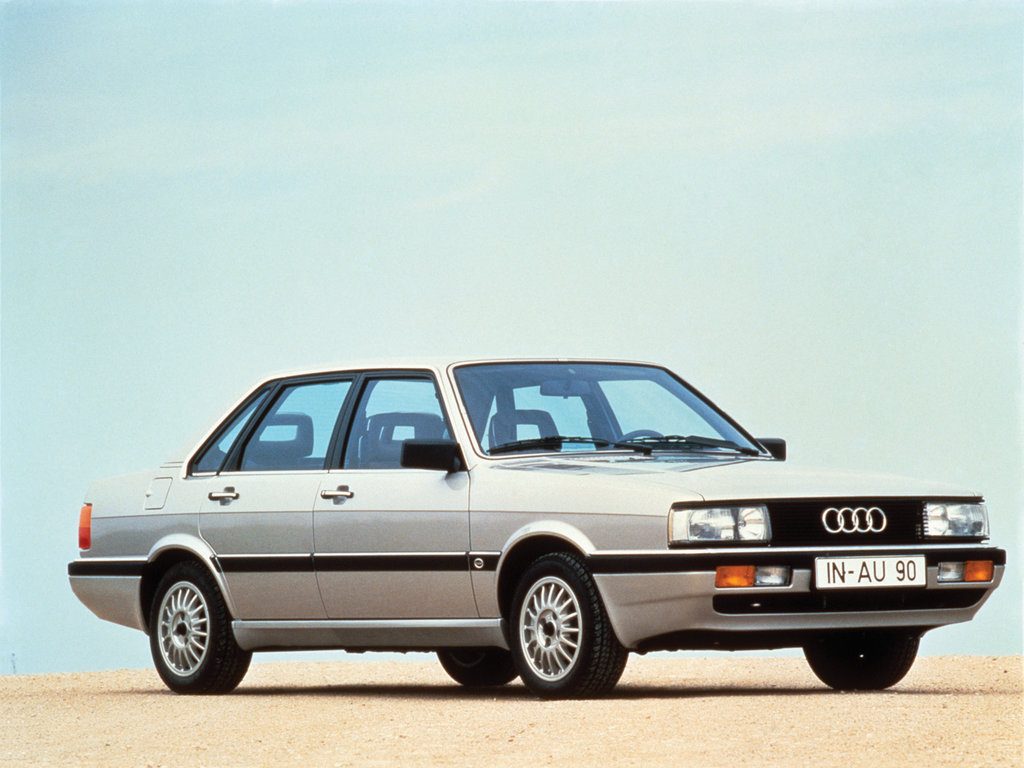 Audi 90 completed the lineup of family sedans with improved aerodynamics. The main rivals of the Audi 90 were the Mercedes 200 series and the BMW 5 Series. In general, the Audi 90 was developed on the basis of the second generation 80, which turned out a year earlier and had a very good success. From its four-cylinder predecessor, 90 received a corps. A tougher suspension is standard in only four-wheel drive versions. In addition, these same versions have anti-lock braking system. The aerodynamic resistance of the Audi 90 models has dropped from 0.39 to 0.31, making them very fast. Sedan 90 got a front spoiler, painted in body color. All-wheel drive versions also had a rear spoiler, in line with cast disc wheels and disc brakes.