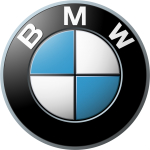 In the current section of our site you will find the most detailed and complete information about the BMW, its design, technical characteristics and parameters. This will help you present the BMW repair manual. This excellent manual contains many useful and practical recommendations for both novice and advanced motorists. And carefully selected charts and tables perfectly complement the collected material.

The headquarters is in Munich, the land of Bavaria, Germany.

The name of the company BMW (Bayerische Motoren Werke) stands for “Bavarian motor factories.” BMW is an automotive company that specializes in the production of motorcycles, cars, sports cars, as well as high-terrain vehicles.

The history of BMW begins with two small aircraft engine companies, created before the First World War by Karl Rapp and Gustav Otto – the son of Nikolaus August Otto, the inventor of the internal combustion engine. During the First World War, the German state felt a great need for aircraft engines, which led the two designers to unite in one plant. In July 1917, this plant registers the name Bayerische Motoren Werke, and the BMW brand is gaining life. After World War I, the company begins to produce motorcycle engines, and then the whole cycle of production and assembly of motorcycles is already underway at the plant. In 1928, the company acquired new factories in the city of Eisenach, the federal state of Thuringia, and together with them licenses for the production of the small car Dixi – the company’s first car. Later appeared models 303 and 328. Model 328 was a sports car, which left far behind its competitors from the same niche and was a multiple prize-winner of all sorts of racing competitions.

During the Second World War, the company again switched to the production of aircraft engines, and also develops rocket and jet engines. But with the end of the war, the firm is on the verge of collapse, as part of its factories are in the Soviet occupation zone, they are destroyed and dismantled equipment for reparation. The firm is forced to produce motorcycles and a small car Isetta, representing a hybrid of a motorcycle and a car with three wheels (two in front and one behind). The further history of the company is a history of steady growth and original technical solutions. Among them, we can mention the anti-lock braking system, electronic engine management, the introduction of turbocharging in the automotive industry. In the 1970s, the first models of all the famous BMW series – the 3 rd, 5 th, 6 th and 7 th – appeared. 1983 is the year of BMW’s victory in the Formula 1 races. In 1994, the Rover Group industrial group was bought together with its largest complex in the UK for the production of Rover, Land Rover and MG brands. In 1998, the British company Rolls-Royce was acquired. Now the company includes five factories in Germany and more than twenty subsidiaries around the world.