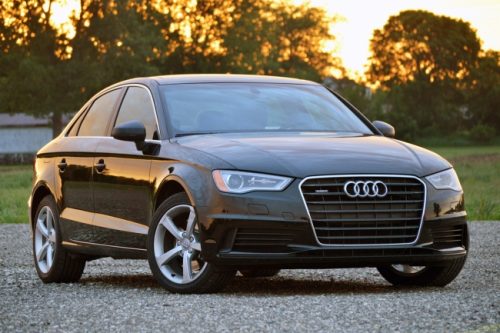 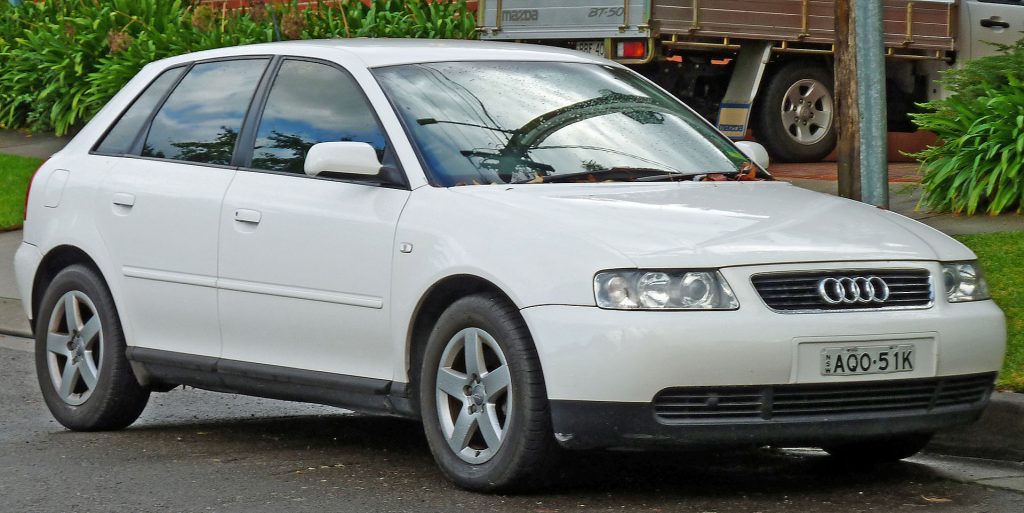 Among the versions were both front-wheel drive and drive on both axles, as with “mechanics” (five or six steps), and with “automatic” (four or five ranges). At the top was a four-wheel drive S3 supercharged “quad” 1.8, which initially produced 210 power and 270 Nm, and after restyling – 225 and 280, respectively. Acceleration to 100 km / h depending on the efficiency of the motor lasted from 6.8 to 6.6 seconds. The Audi A3 model featured six airbags, a stabilization system, two-zone climate control, xenon headlights, cast discs up to 17 inches in diameter, combined or fully leather upholstery seats. 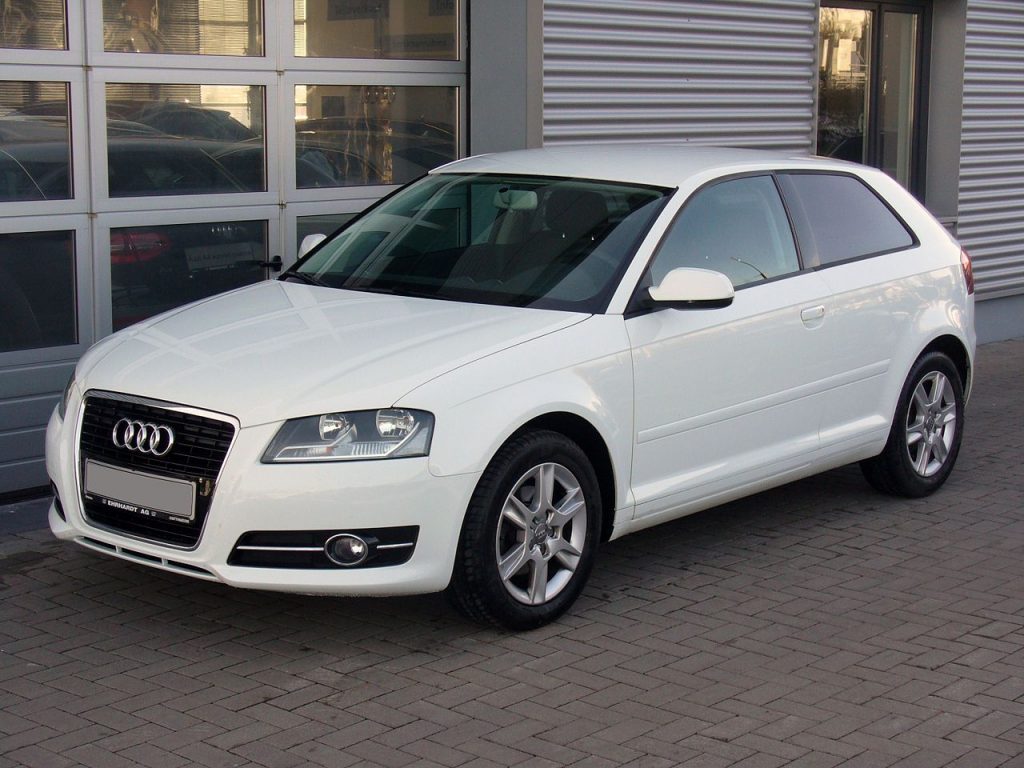 The second generation car, whose length has increased to 4215 mm, and the distance between the axles reached 2578 mm, was seriously focused on increasing sales. From 2003 to 2012, more than 900,000 Audi A3 cars were collected.

One of the reasons is the widest choice of modifications. The three-door and five-door hatchback was added to the cabriolet (in 2008), the sports version of the S3 could be with both three and five doors, and at the end of the release, the RS3 was released with a 340-strong turbo engine with five cylinders (up to one hundred – for 4.6 seconds). On the ordinary, the A3 puts eight gasoline engines (atmospheric or inflatable, 102-250 hp and 148-320 Nm) and three turbodiesel (90-170 hp, 230-350 Nm). Option S3 was completed with a 265-horsepower 2.0 TFSI engine (350 Nm). The choice of gearboxes was limited to two types of “mechanics” (five or six steps), two types of “work” S tronic (six or seven gears) and a six-band “automatic machine.” For nine years, the Audi A3 came down from a factory conveyor in Germany, Belgium, Hungary, and Indonesia. 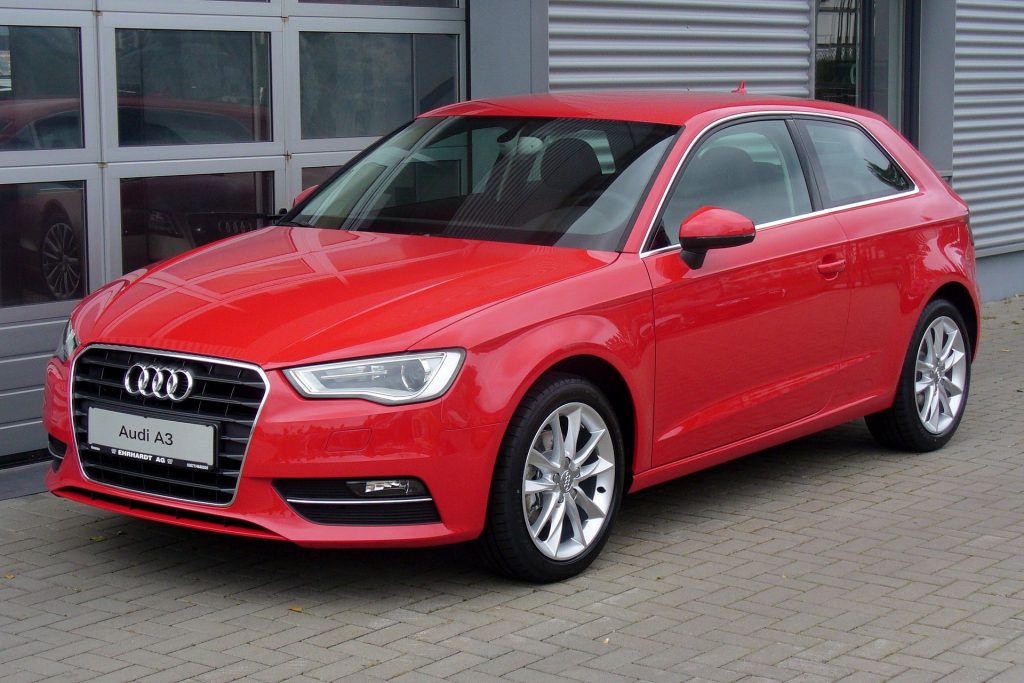 The third-generation premiere of the Audi A3 family took place on March 6, 2012 at the Geneva Motor Show as a three-door hatchback. The production of a three-door car began in May 2012, sales started on August 24, 2012.

At the Paris Motor Show in 2012, the sports version of the Audi S3 and the five-door hatchback wagon Audi A3 Sportback are presented, sales of the latter started February 15, 2013. On March 27, 2013, the A3 was introduced into the sedan body, sales of which began at the end of May 2013. At the Frankfurt Motor Show in September 2013, the A3 is presented in the cabriolet body.

The Audi A3 comes with three engines to choose from. Petrol engines are two – 1.4 TFSI (122 hp, 200 Nm) and 1.8 TFSI (180 hp, 250 Nm), equipped with direct fuel injection. Of the diesels, only 2.0 TDI is presented, which produces 150 power and 320 newton-meters. Also, the first time the seven-band robotic gearbox S tronic with two clutches received only a 180-strong version (standard equipment), while other models received a six-speed manual transmission. But later it will expand the range of modifications with ACPP, as well as new engines (including 1.6 TDI, with which the fuel consumption in the mixed cycle will be 3.8 l / 100 km) will appear.

All-wheel drive versions A3 with multi-disk electro-hydraulic coupling appeared during 2012.

The novelty of 2016 is the version of the hatchback with a rechargeable hybrid.

Regarding the Premium Sedan version, this car is equipped with a 4-cylinder turbocharged engine with 170 hp, which is typically used by Volkswagen cars. The only available transmission is a 6-speed automated mechanical transmission.