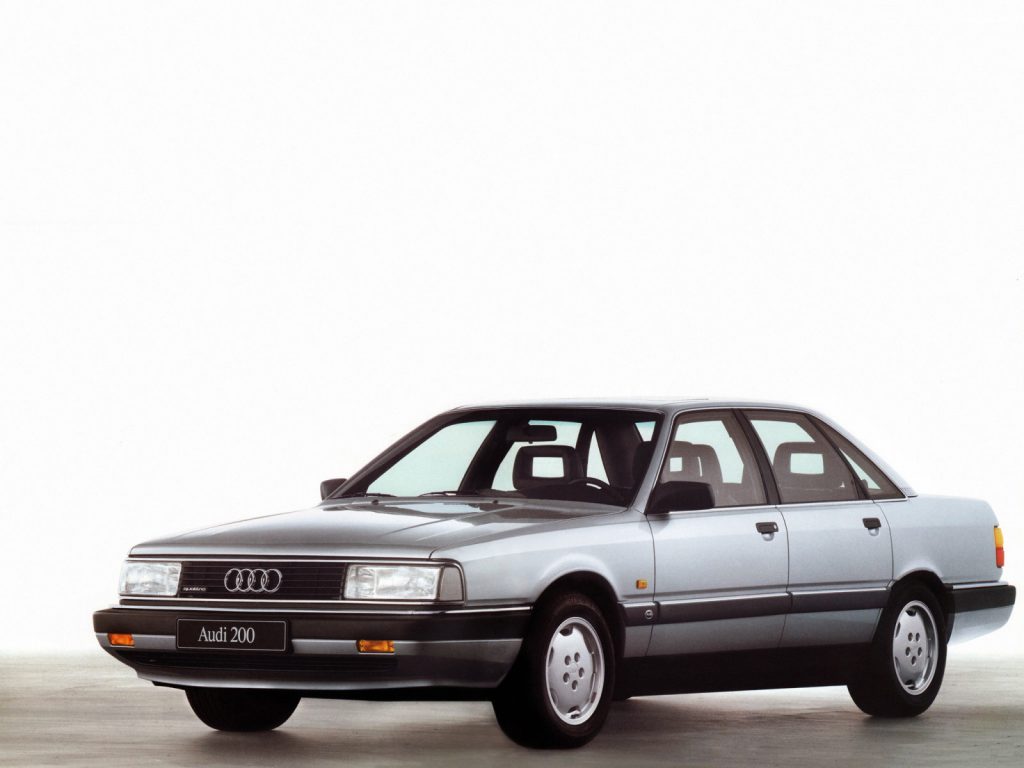 In almost any description of the Audi 200, you can find the words: “The Audi 200 was a more expensive version of the Audi 100, which was distinguished by a higher level of basic equipment, improved exterior and interior trim, equipped with only five-cylinder engines, including turbocharged ones.” And, of course, all this is true. But to imagine the nature of this now retro car, said is not enough. It’s like that to characterize one of the twins, and about the second to casually mention: “He’s the same, only slightly better.” It’s messy!

The first appearance of the top version has already won a whole army of fans of the Audi 100 model called the Audi 200 falls at the end of 1979. The company’s specialists built this more comfortable and powerful model than the prototype, using the C2 platform (43 body index). But unlike the “hundred”, Audi 200 in this generation did not appear in the body of the “station wagon”. This happened later, when Audi offered in 1983, for the already tested 100 and 200 models, an entirely new C3 body – a huge, comfortable and at the same time having good aerodynamic performance (the drag coefficient was only 0.3) and aesthetic appearance .

In addition, cars Audi 200 1983 model year are economical, which was the result of the engineers of the company to improve the already used engines and the introduction of new ones. It should be noted that since 1985 all Audi 200 bodies (however, like the Audi 100) have been produced in galvanized, which allows these models to run along Russian roads. Corrosion in them is minimal. The Audi 200 on the C3 platform was produced as a four-door sedan and station wagon – the Audi 200 Avant – until 1988. The body index is 44.

1988 was significant for the Audi 200. The “appearance” of the model has changed. She received flat door handles, the boot lock was placed in the tail lamp, a new front panel in the car’s interior and an improved door lining made the already quite comfortable interior even more cozy and modern.

And in 1990, all the modifications of the “200” got wider front and rear wings. But … on this “life” of the legendary model called Audi 200 is over. The developers decided that there was no need to divide the lineup of the Audi 100 into “expensive” and “cheap”, so the car with that name disappeared from the model range of the German company.