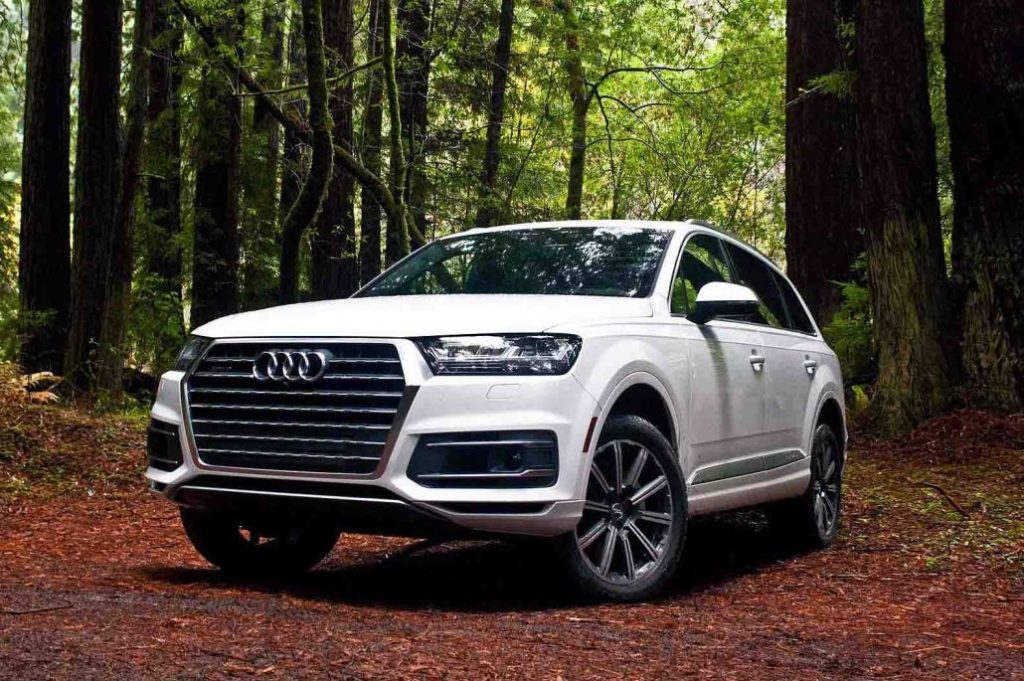 Audi Q7 – full-size crossover, manufactured by Audi. Its premiere took place in September 2005 at the International Motor Show in Frankfurt. Audi Q7 is based on the concept of Audi Pikes Peak quattro, presented in 2003 at the Auto Show in Detroit. Audi Q7 is created on the platform E. Together with it, Volkswagen-Touareg and Porsche Cayenne models are produced at the Volkswagen Slovakia plant in Bratislava (Slovakia) on this same platform.

Q7 is equipped with a permanent all-wheel drive (quattro) with a torque distribution between the front and rear axle in a ratio of 40:60. As an additional equipment, the third row of seats for passengers with a growth of less than 160 cm is offered. In this case, the Q7 has seven seats (in the standard version). Access to the third row of seats is somewhat difficult, because the seats (multi-seat) of the second row do not recline fully, but have folding backs. If desired, two separate seats and a center console can be installed in the second row. In this case, the number of seats will be reduced to six or four (in the absence of a third row of seats).

Due to the lack of downshift, the “parquet” concept of engines and transmission, a self-supporting body with an independent wheel suspension, the Q7 is poorly suited for harsh off-road conditions. A very large, but not the best layout of the luggage compartment also reduces the practicality of the Q7.

In length, it is about 30 cm higher than its European competitors, including related models of Volkswagen and Porsche brands.

Another available to order system is a parking assistant, which is complemented by a rear-view camera. Parktronic sensors are standard. In addition, the Q7 is one of the first cars that (since the 34th week of 2006) can be equipped with a car phone with a Bluetooth interface and a SIM Access Profile profile instead of the usual hands-free system with a Bluetooth interface. For the Q7 V12 TDI model, carbon-ceramic brakes are also offered.