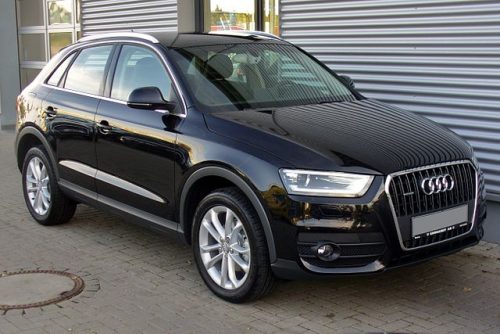 Audi Q3 – crossover from the German automaker of premium-class from Ingolstadt. Technically, the Audi Q3 aggregate base is a combination of the “Golf” -platform PQ35 and the more extended platform PQ46, on which, for example, the Volkswagen Passat or Skoda Superb is built. Thanks to this combination, it was possible to achieve an almost ideal weighting along the axes – 58:42.

Power 2.0-liter petrol units (EA888 gen 2 – 170 and 211-strong) and diesel engines (140 and 177-strong) are equipped with Quattro all-wheel drive transmission based on Haldex 4th generation clutch (from the fall of 2014 on the 5th generation). The distribution of torque corresponds to 95: 5 with the possibility of redistribution to 50:50. Since 2013, the basic version of Q3 with a 1.4-liter 150-horsepower gasoline engine has a front-wheel drive. Diesel 2.0-liter engines were installed on the front-wheel drive version of the crossover until 2013.

In addition to the mechanical box, the car is equipped with a 7-speed robotic s-tronic gearbox (DQ500, capable of withstanding a torque of up to 600 N · m).

In 2014 the restyling of the model was carried out. As a result, the car received an updated design of the front bumper with a grille, as well as a new rear bumper. In the new head optics now integrated fog lights. The rear diode lights also received a new design (on the RS version the direction indicators turned dynamic). The generation of petrol 1,4- and 2,0-liter units has also been replaced. It is worth noting that the new 1.4-liter engine capacity of 150 liters. from. can switch off two cylinders to save fuel. The new 2.0-liter engine (EA888 gen 3) has two modifications – 180 hp. from. and 220 liters. from. Changed and settings of the robotic box, there were new options, a number of other settings and changes were made. The course stability can now be turned off completely.

In April 2012, the company showed the first photos of a charged version of the crossover, called the Audi RS Q3. A little later, at the Auto Show in Beijing, the model was introduced to the public. According to Audi, the crossover has a 2.5-liter turbocharged engine, giving out 360 liters. with., reaches a maximum speed of 265 km / h and accelerates in 5.2 seconds to 100 km / h. 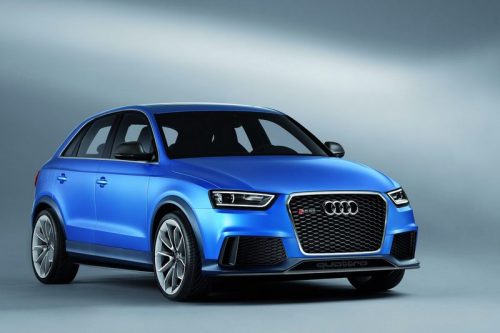 The capacity of the production model was reduced to 310 liters. The maximum speed is limited by electronics at 250 km / h, acceleration to 100 km / h takes, according to the manufacturer, 5.5 seconds (according to independent measurements – about 5.0-5.2 seconds).