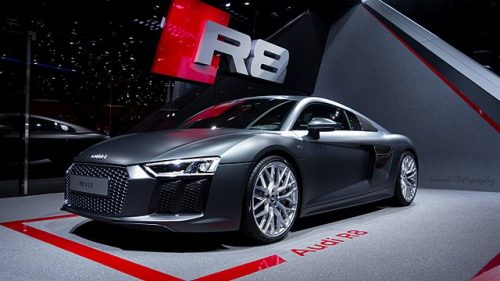 The R8 model, like a number of other models of the Audi auto concern, is produced exclusively at the Audi Sport GmbH plant (until November 2016, “Quattro GmbH”)

In the basic configuration, the Audi R8 is equipped with a 4.2-liter V8 atmospheric engine using FSI technology, which produces a maximum power of 420 horsepower. Acceleration from 0 to 100 km / h is 4.6 seconds. The maximum speed for safety is electronically limited at 301 km / h.

On July 1, the Autocar car magazine announced that Audi had added to the range of R8 engines a 428-horsepower (14 hp more than the coupe version with a similar power unit) V8 volume 4.2 liters, accelerating the car from 0 to 100 km / h in 4.8 seconds, developing a maximum speed of 299 km / h.

Modification Audi R8 with 5.2-liter atmospheric engine V10 capacity of 525 horsepower. Regardless of the motor, power is transmitted via a six-speed manual or automatic Audi R Tronic box using a transmission mechanism borrowed from the Lamborghini Gallardo. In addition, the R8 is equipped with a four-wheel drive system and a lightweight body made from an aluminum alloy. The design of the car was developed by the Italian car designer Walter de Silva and his design team. 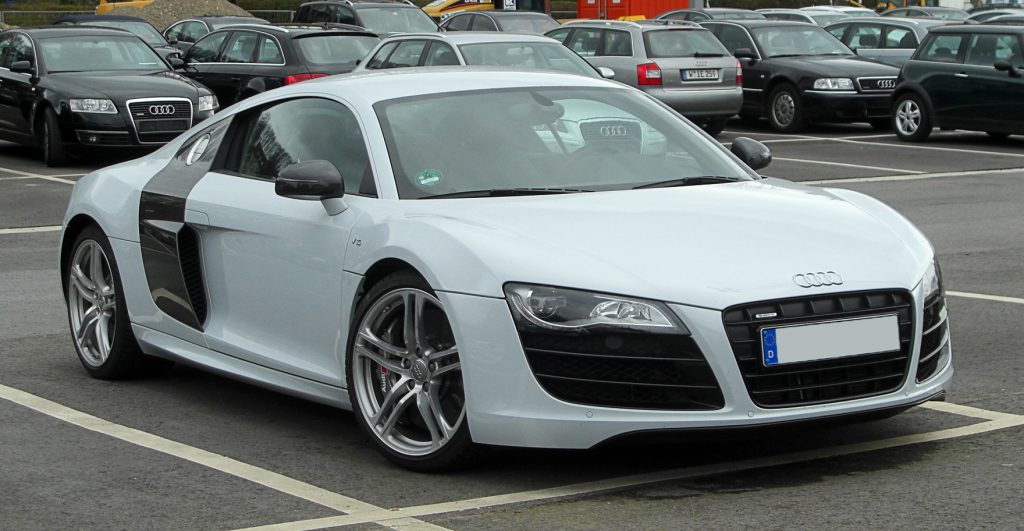 The salon is decorated with decorative inserts made of carbon and aluminum. Also the car is equipped with audio system Bang & Olufsen with 12 speakers. The Audi R8 comes standard with 18-inch wheels with 235/40 tires on the front axle and 285/35 on the rear.

Roadster based Audi R8 – Audi R8 Spyder, was first seen on the shooting of the movie “Iron Man”. After spy photos from the filming appeared on the Internet in 2008, rumors spread that Audi is preparing for the premiere an open version of the R8. So it turned out – in 2009 at the Frankfurt Motor Show the car was introduced to the general public. On the roadster was removed already become “business card” R8 panel on the side of the car, different in color from the rest of the body of the car. Initially, the car was installed only 5.2-liter V10 FSI engine.

In May 2010, the Audi R8 GT was presented – a special version of the supercar, which was produced in an amount of 333 copies. From the usual Audi R8 V10, the special version is characterized by the following parameters:

There is also a fully electric version of R8 called e-tron. The model has the status of a prototype, but nevertheless collected 12 copies. Drive only rear – two electric motors on the rear axle are allowed to develop 380 hp. and 820 Nm of torque, which allows the electric car to accelerate from 0 to 100 km / h in 4.2 seconds. The maximum speed is limited to 200 km / h by electronics. This is done to save energy, which is at an excessively high expenditure [262 days]. The center of gravity of the electric R8 is shifted downwards and this allows you to pass steep turns much more confidently than gasoline counterparts. This is also greatly facilitated by the Torque Vectoring electronic torque control system, which distributes the force to each wheel separately. 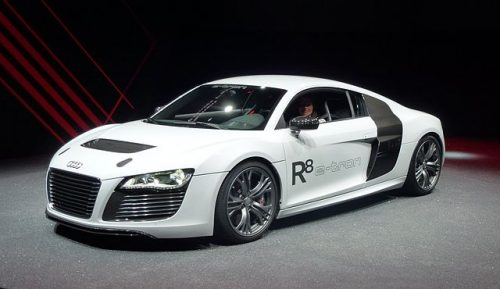 The total weight of the Audi R8 e-tron is 1770 kilograms. The large mass is caused by the high weight of storage batteries – over 500 kg. And this despite the complete recycling of the body.

Despite the external similarity, the body of the e-tron is almost entirely made of carbon fiber. Aluminum power structure was developed from scratch. Even the springs are made of carbon fiber reinforced fiberglass. The use of such expensive materials and technologies has caused an increase in the cost of each machine to a level of over 1 million euros. At the same time Audi changed its mind to sell the existing prototypes in the current body.

The second generation was presented at the Geneva Motor Show in 2015, including the production version of the electric car R8 e-tron. There are also two versions: the V10 with 540 hp. (397 kW) and a more powerful V10 Plus with 610 hp. (449 kW). Many changes have been made, such as the new Audi SpaceFrame, a new interior, a redesigned exterior, etc. It shares a technical car platform with the Lamborghini Huracán. 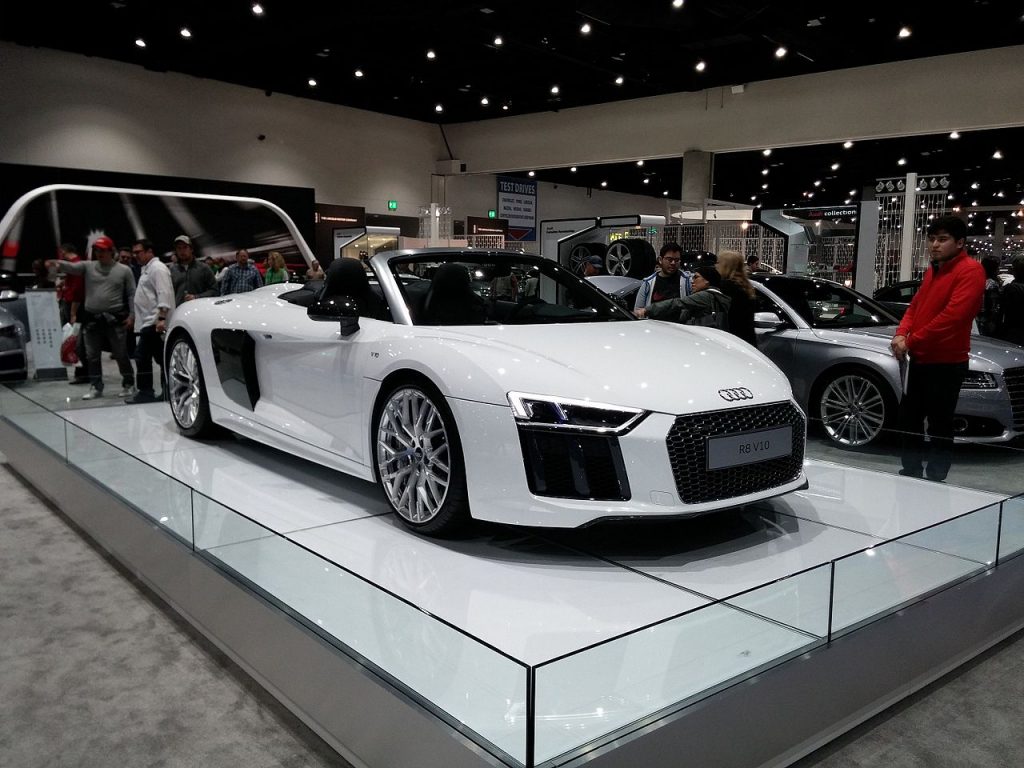