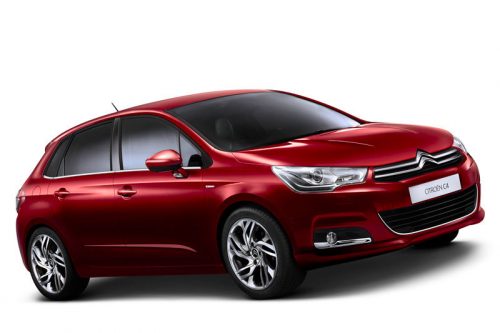 Citroën C4 – the car of the French company Citroën, part of the concern PSA Peugeot Citroën. The release date is September 2004. In the lineup, I replaced Citroën Xsara.

The second model, built on a platform developed by the PSA in 2001, under the conditional requirements of the C segment.

The fourth model of the PSA group, and the second one is Citroën itself, built on the general modular platform PF2 of 2001, designed for the conditional requirements of the market segment C.

Compared to the first-generation Citroën C4, the new model has identical interior dimensions, a wheelbase, and a very close outer width and height. The internal structure of the body maintains an equal distance between the points of attachment of the front and rear suspension, the same front sub-frame, a similar energy-absorbing structure of the front. The length of the body has changed slightly. The structure of the body increased the percentage of strong and high-strength steels. Torsional rigidity increased by 25%. The roof is not included in the power scheme of the body, which allowed using a panel of tempered glass instead of a standard steel roof panel on individual trim levels.

The line of gasoline engines is partially preserved. The line of diesel engines was completely replaced by the engines of the third generation HDi. A new salon has been developed, with the use of materials of higher quality in terms of texture. In the interior design, there was a return to the traditional layout with a dashboard in front of the driver, and the refusal to use some of the traditionally Citroen elements, for example – the fixed hub of the rudder.

Improved basic equipment, expanded list of available options. The new model was developed only in the body of a 5-door hatchback. Further expansion of the range of bodies for the European market is not envisaged. From the body of the 3-door hatchback was decided to give up in favor of Citroën DS4. The 5-door station wagon, which was absent in the previous model, also replaces the presence of the Citroën Berlingo in the line of models.