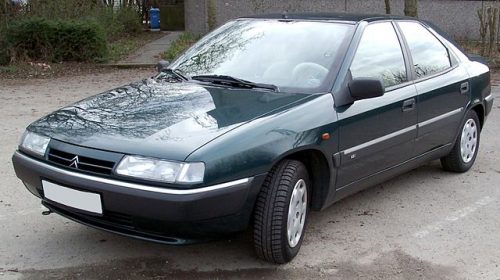 Citroën Xantia (from the Greek Xanthos is light) is a mid-size D-class car manufactured by Citroën, a unit of the PSA Group from 1993 to 2001. As of 2009, the car continues to be manufactured in Iran by SAIPA.

Designed by Citroen Xantia studio Bertone. In 1995, the version of the Break – 5-door wagon and the Activa modification, equipped with an improved suspension system with a stabilization system, were released. The version of Activa, besides ordinary gearboxes, was equipped with an electronically controlled automatic.

In 1998, the car undergone restyling, which resulted in a bit higher and was bought in length: hatchback became longer by 8 cm, universal – 5 cm. The changes also affected the interior of the car: the seat of the handrail over the glove box took the passenger airbag design the panels become more rounded.