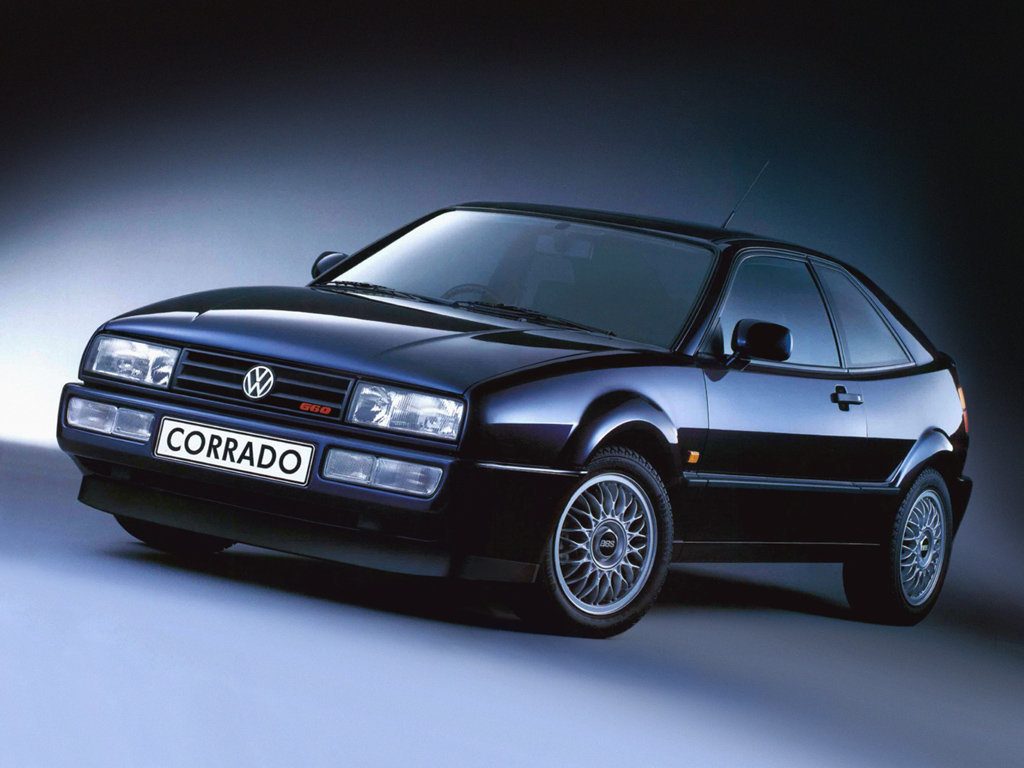 Volkswagen Corrado is a sport compact car developed by the German manufacturer Volkswagen, built at the Karmann plant in Osnabruck, Germany. It was developed by Herbert Schaefer and was issued on September 1, 1988 and July 31, 1995.

Corrado is a sports compact car that replaced Scirocco in the Volkswagen lineup in some markets. The car is built on the VW Group A2 platform (like the MK2 Golf / Jetta), and, with the exception of the VR6 engine models, all versions use subframes, suspension, steering and braking elements from the WV A2 platform.

The VR6 uses suspension components from the WV A3 range, including the rear axle assembly and some of the front axle parts of the VW A3 platform assembly. The subsequent wider front track of the Corrado VR6 required the installation of new front wings with wider wheel arches along with a new front bumper.

Corrado is equipped with an active rear spoiler that automatically rises when the car exceeds 80 km / h and automatically retracts at a speed below 24 km / h or it can be manually controlled with a switch in the passenger compartment.

A total of 97,521 copies of Corrado has been produced.