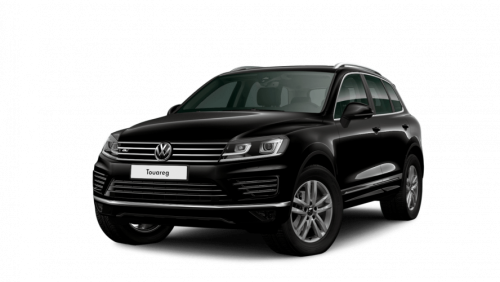 World debut Touareg was held at the Paris Motor Show on September 26, 2002.

At the Paris Motor Show in 2006, the updated Touareg was introduced. The car received a more modern design, new electronic systems, such as: an improved ABS system, cruise control and an alarm system for finding passing vehicles in the “dead zone”. Also in the model was fixed the problem with the automatic box, which in the original version was unreliable.

The Touareg R50 is the third after the Volkswagen Golf and Passat car, which in the title has the letter ‘R’. The global launch of the R50 was in 2007 at the Australian International Motor Show (AIMS).

In early 2010, Volkswagen introduced the new generation of Touareg in Munich. The car became longer by 43 mm and wider by 12 mm, the height decreased by 20 mm. It will be equipped with an eight-speed automatic transmission. The engines will be seven: three-liter turbodiesel V6 TDI (204 hp and 240 hp), a petrol “six” 3.6 FSI with a capacity of 249 liters. from. and 280 liters. The turbodiesel “eight” with a volume of 4.2 liters (340 hp), and the first “hybrid” in the history of the company Volkswagen (gasoline compressor “six” 3.0 TSI with a capacity of 333 hp paired with a 47- strong electric motor). The standard Touareg is equipped with a Torsen center differential and a spring suspension with a clearance of 200 mm. In addition, for Touareg the second generation of off-road package Terrain Tech, including: downshift, locking the central differential, locking the rear differential, as well as an air suspension with the ability to increase ground clearance to 300 mm.

One thought on “Volkswagen Touareg PDF Workshop and Repair manuals”