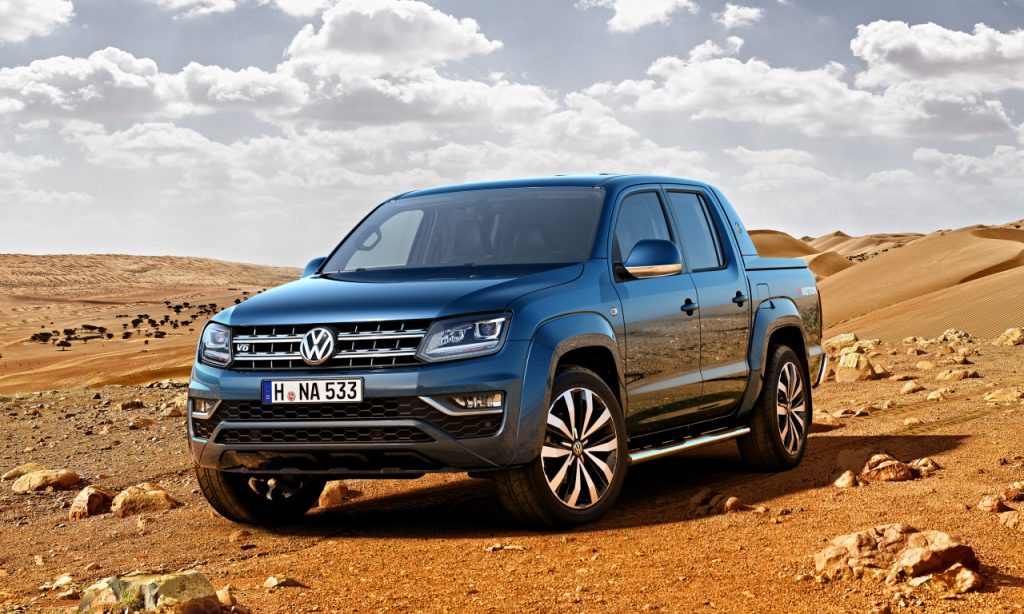 Volkswagen Amarok is a mid-sized pickup truck developed by Volkswagen. Has a 2- or 4-door cab, rear or four-wheel drive, as well as 3 complete sets – Base, Trendline and Highline.

In 2005, Volkswagen announced that it would supplement its family of off-road vehicles with a pickup truck. In 2007, the popular car site WorldCarFans published the first photos of the future concept built on the chassis Toyota Hilux. In March 2007, the famous photographer Hans Lehmann showed the spy images of the car, made by designer Walter de Silva. In September 2008 Volkswagen realized the concept pickup and said that the future car would be similar to the concept by 95%. Amarok, the first pickup truck from Volkswagen, was presented on December 7, 2009 at General Pacheco, in the province of Buenos Aires, with the participation of Argentine President Cristina Kirchner. In 2010, the car participated in the Dakar Rally. In November 2010, received 4 stars for Euro NCAP, and in February 2011 – 5 stars for ANCAP.

In the spring of 2016 Volkswagen Amarok underwent the first modernization. In the course of it, the exterior, the interior, was slightly changed, in the range of motors a 3.0 liter diesel appeared in different degrees of forcing. 2- and 4-door versions have exactly the same length and wheelbase. Therefore, the dimensions of the cargo platform for the two modifications vary considerably – in the 2-door version the platform is more than 1.5 times longer.