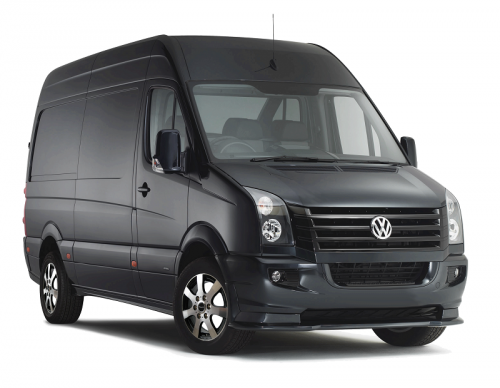 Volkswagen Crafter – a van, a minibus and a small truck, manufactured by Volkswagen and built on the basis of the second generation Mercedes-Benz Sprinter, but with a Volkswagen engine. Presented in 2006 as a replacement for the outdated Volkswagen LT series. The development is carried out by the division of Volkswagen Commercial Vehicles.

In 2011, the series underwent an update, receiving a modernized appearance (corresponding to the style of the brand of that time) and new power units.

Since 2016, the Crafter models are fully designed and assembled by Volkswagen and are no longer connected with the Mercedes-Benz Sprinter. The new car is expected to be sold by MAN Truck & Bus as TGE.

The car is also known as MAN TGE, Volkswagen LT3 and Volkswagen Crafter Volt. The competition in the European market is made up of such vehicles as Renault Master, Nissan NV400, Ford Transit, Fiat Ducato / Citroën Jumper / Peugeot Boxer / RAM ProMaster, Iveco Daily and Hyundai H350.

The car premiered in 2006. Volkswagen sold it under the name Crafter, and Daimler AG called its own version as Freightliner Sprinter and Dodge Sprinter (North American market).

In April 2011, the Volkswagen Commercial Vehicles division presented an updated version of the Volkswagen Crafter. Among the external changes designed to match the modern style of the brand, especially noticeable new grille. Inside the modernization were also power units. The car received new engines: 2.0-liter TDI with 80 kW / 109 hp. and BiTDI power of 120 kW / 163 hp.

In March 2012, the Crafter 4Motion variant with the 4Motion all-wheel drive system and the BiTDI engine of 120 kW (163 hp) was introduced.