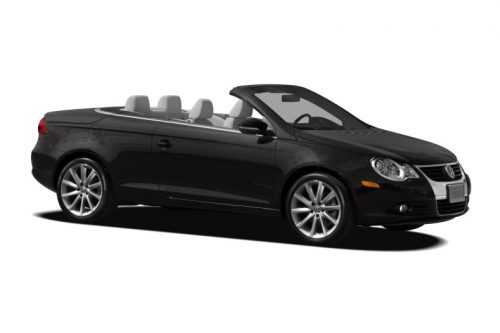 Volkswagen Eos is a compact Volkswagen compact car model with a coupé-cabriolet body formula. The car is decorated with a rigid folding metal or glass sliding roof.

Eos is the first convertible coupe in the Volkswagen model range. In its name the car borrowed from the goddess the stars of Greek mythology, which rose on its chariot from the abyss of the sea and brought people sunshine. In addition, Eos is the wind and the name of the star, which is visible both in the morning and in the evening. So, the German manufacturer not only gave the name of the romance romance, but also preserved the continuity of names (most models of this brand bear the names of different winds).

In 2016, a limited number of VW Eos Komfort models were offered. One of the most attractive features of the Eos 2016 was a glass panoramic sunroof, thanks to which even the roofed roof in the cabin has plenty of sun and air. The folded roof allows the driver to save on luggage space. One more bonus function of the car is the standard navigation system with 5.0-inch touch screen, HD radio, SD card, Bluetooth, Sirius XM and Car-Net service platform from VW.