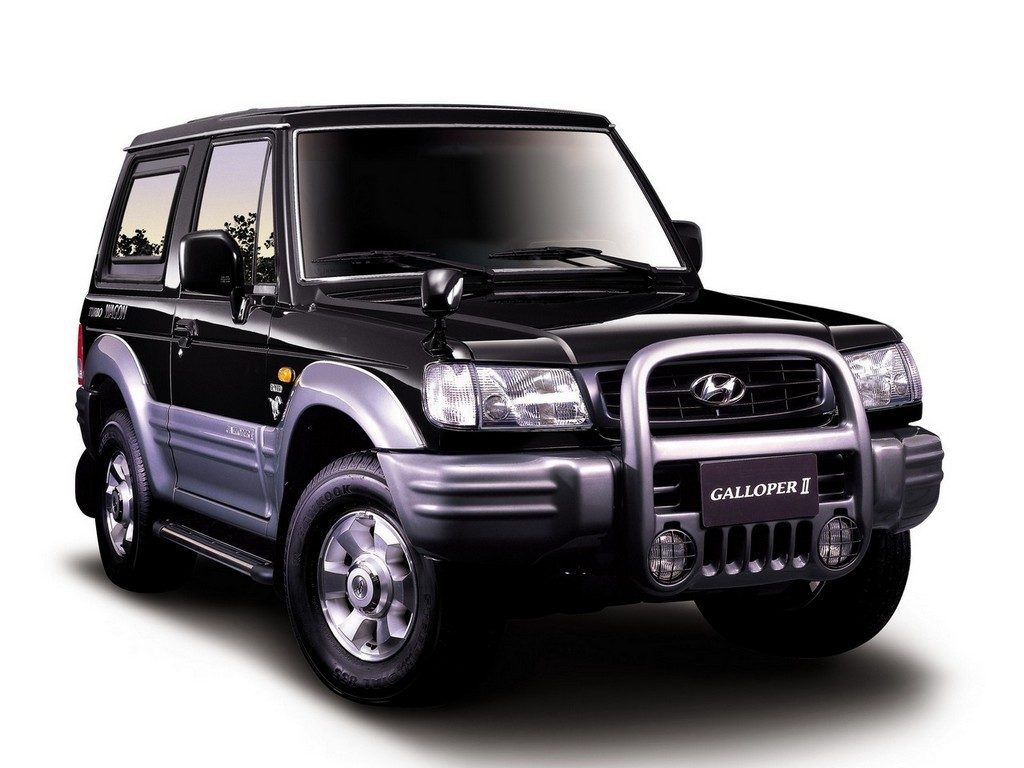 Hyundai Galloper (also known as Galloper Exceed, Galloper Innovation and as Mitsubishi Galloper in Germany and Spain) is an SUV manufactured by Hyundai Precision & Ind. Co. from 1991 to 2003. It is based on Mitsubishi Pajero of the first generation. It was available in a three-door (SWB, as well as in the body of Innovation) and five-door bodies (LWB, Exceed). Equipped with a gasoline engine V6 in volume of 3 liters (141 hp, 220 Nm), subsequently upgraded to 161 hp, 245 Nm, and a diesel capacity of 2.5 liters (atmospheric – 85 hp, turbocharged – 95 l and turbocharged with an intercooler – 99 hp).

The first generation Hyundai Galloper was an exact copy of the first generation Mitsubishi Pajero, shot by then from production. The model was equipped with a gasoline engine G6AT volume of 3 liters. and diesel, the volume of 2.5 liters. D4BA (atmospheric) and D4BF (turbocharged), which were licensed copies of Mitsubishi 6G72 and 4D56 engines, respectively.

The second generation of Hyundai Galloper did not bring significant changes – the restyling of optics, body kit, and interior was made. In all other respects, all the units and assemblies of the car were inherited from the first model. Under the hood of the petrol models, the same G6AT was placed, another D4BH model was added to the diesel family, differing from the D4BF with the intercooler and the electronic fuel injection control system (EFI).

One thought on “Hyundai Galloper PDF Workshop and Repair manuals”