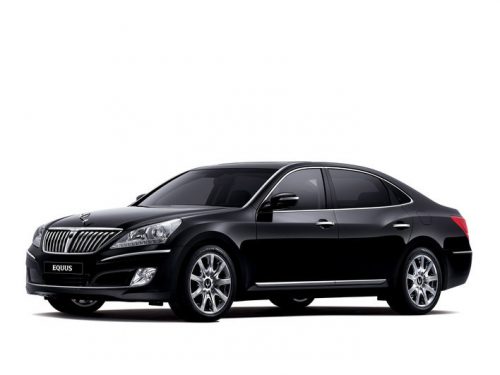 Hyundai Equus, also known as Hyundai Centennial in the Middle and Middle East, is a full-size luxury car, the flagship model of Hyundai, derived from the Latin word “Horse.” The biggest and most expensive sedan in the company’s lineup.

In 1999, Hyundai and Mitsubishi introduced the car. Hyundai said that the model will compete with Mercedes-Benz S-Class and BMW 7 in the Korean market. In fact, the car had to compete with SsangYong Chairman. The sedan was very popular in the country, but it was not exported to foreign countries. Design of the first generation was developed by Mitsubishi, which named its model Proudia. Then the companies were allies. Later appeared a limousine, built on the basis of the original car – Mitsubishi Dignity, which was sold in the Japanese market. Hyundai limousine left with the same name – Hyundai Equus, and sold at a price of 92,510,000 South Korean won. In 2003, Hyundai updated Equus, while Mitsubishi stopped producing Proudia and Dignity.

In March 2009, Hyundai updated the car, indicating the updated model code name “VI”. “VI”, in comparison with the old Equus, had a rear-wheel drive, an elongated wheelbase and various engines. “VI” was based on a new platform. Nevertheless, the name remained old, as in South Korea Equus was associated as a prestigious car. In August 2009, the car began to be sold in China. In 2010, the model debuted at the North American International Auto Show. Also, the car hit the top ten most interesting models for the Forbes version in 2010.

In July 2013, the assembly of cars began at the Avtotor plant in Kaliningrad.

In 2009, Hyundai introduced a limousine based on Equus. It is 300 mm longer and equipped with a 5-liter V8. The interior of the car was also improved in comparison with the sedan – in the limousine there is a bar and a massage system in the armchairs.