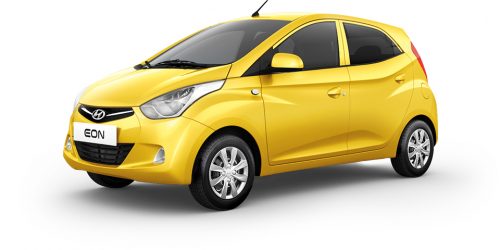 Hyundai Eon – a 5-door hatchback of a very small class produced by Hyundai. Sales were launched on October 1, 2011 in India, in the Philippines – in March 2012.

Eon is produced in India at a factory in Chennai, for domestic and export markets as an entry-level car (located in the model range below i10 and Santro Xing).

Eon was developed jointly between the Hyundai R & D centers in Namgyang, South Korea and in Hyderabad, India [1]. It is offered with an 814-cc 3-cylinder gasoline engine. According to Philippine distributors Hyundai, Eon has a fuel economy of 26.3 kilometers per liter.

In January 2012, Hyundai-India announced the Eon model, running on gas, with an additional cost of about 27,000 INR per model.

Eon was originally going to offer in six variants. Nevertheless, after Hyundai has updated the lineup, only five specifications remain: