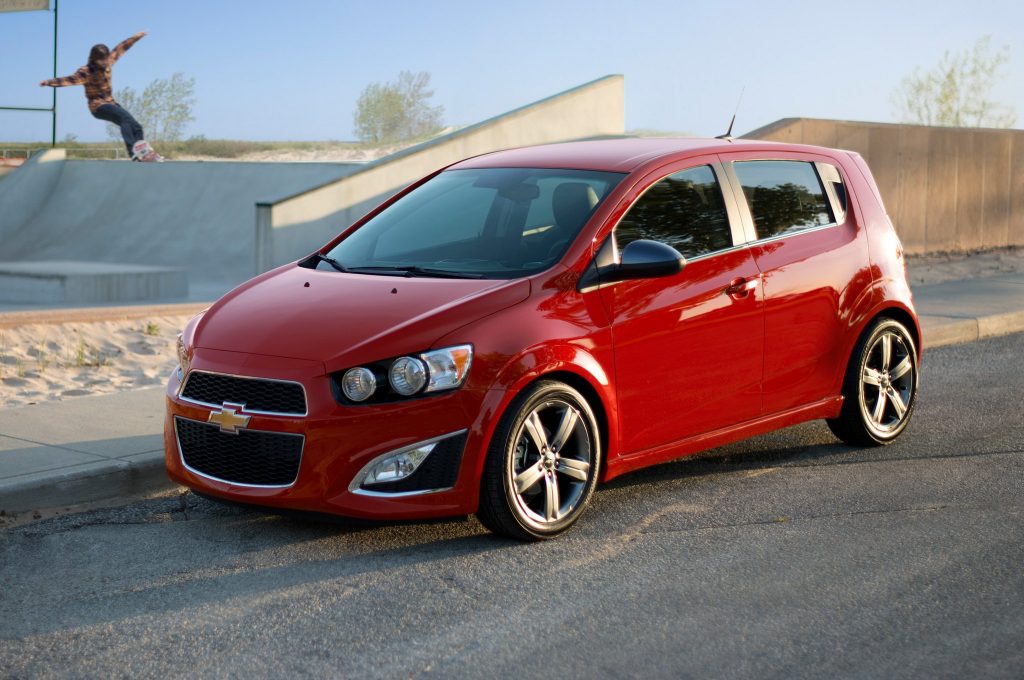 In January 2010 at the Auto Show in Detroit premiere of the concept Sonic RS, which formed the basis for Chevrolet Sonic a new generation, presented by GM in September of the same year in Paris.

Production of the car began in 2011. Like the previous generation, the new model began to be sold all over the world under various brands: in the CIS countries and Europe – Chevrolet Aveo; in the USA, Canada, Israel, Japan, Mexico, Chile, as well as the Middle East and South Africa – Chevrolet Sonic; in Australia – Holden Barina.

The main feature of the platform underlying the new Chevrolet Sonic is the wider use of high-strength steels, which makes it possible to increase the rigidity of the body by almost half, and this in turn positively affects both the safety and the handling of the car. The front suspension with McPherson struts is equipped with a stabilizer bar. Rear suspension – semi-independent, with torsion beam.