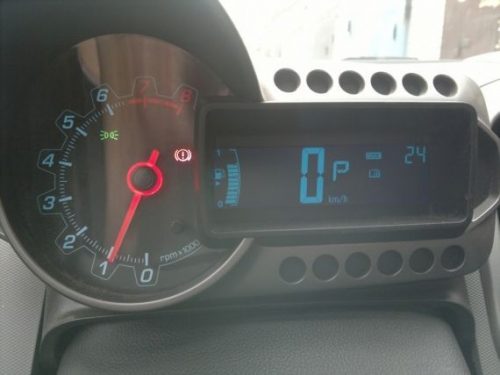 After some time of operation, the owners have questions about which fault codes Chevrolet Aveo T300 and 24. The on-board computer, installed on modern cars, is designed to control the machine’s systems, and also informs the driver about the problems that have occurred in the car. This increases the reliability and safety during operation, and also speeds up the process of detecting and eliminating the resulting faults.

Fault codes Chevrolet Aveo T300 and 24 warn the owner that there is a problem in car systems. Knowing and knowing how to decode the error codes that are displayed on the on-board computer display, you can easily decide what to do in such a situation. In some cases, you should stop driving, in other situations it can be continued, but after repairing the malfunction.

A few words about car diagnostics

When suddenly unknown symbols and signs appear on the instrument panel, it is most likely the on-board computer messages about the problems that have arisen in one of the machine’s systems. The ability to correctly decipher these messages allows you to identify and get rid of the problems that arise. With the advent of new Chevrolet models, it is becoming increasingly difficult to decrypt, as their number increases.

For proper recognition, it is best to diagnose on special equipment, or check the messages on the instrument panel of the machine. There were such models in which the message is displayed instead of the code. For example, there may be an inscription indicating that the time for replacing engine oil is approaching, or other similar messages. To find out more about the problems that have arisen, it’s best to use a special scanner.

They are a small computer in which a special program is installed, with the help of which the machine is independently diagnosed. Such scanners are of two types:

How to decipher the codes?

As already noted, with each new model of the car, the number of codes increases. It is simply impossible to tell about all possible combinations in this article, so let’s dwell on some of them. There are a number of errors that occur most often, and some of them occur in extremely rare cases. It is desirable for auto owners to print them out and carry them with them in order to determine the course of further actions at the right moment.

An example is the error P0300, which reports a multiple misfire. To get rid of this problem, you need to check the entire car ignition system. Control sensors are located in all the main systems of the car, so without their attention, there are no faults. 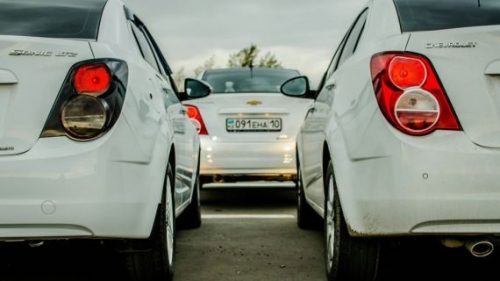 A few more words about the error codes

Many owners are looking for an answer to the question about what the code code is 24. This signal on the instrument panel signals problems in lighting the license plate of the car. For such a malfunction, you can get a penalty in the form of a fine, so you should fix the malfunction. Let us dwell on this in more detail.

Since the illumination of license plates is associated with the electrical system of the machine, it is necessary to check the fuse in this circuit. A separate device for this circuit is not installed, usually a fuse for side lights. It is set to 10 amperes, so check this device first. However, I want to immediately warn that his failure does not always happen.

The wires that supply power to the backlight are too rigid, so they break after frequent bends. Open the trunk and on the left side of the car, check the wiring status. Usually the break is detected by touch, after which it is necessary to disconnect the white connector, remove the wire break and put it all in place. 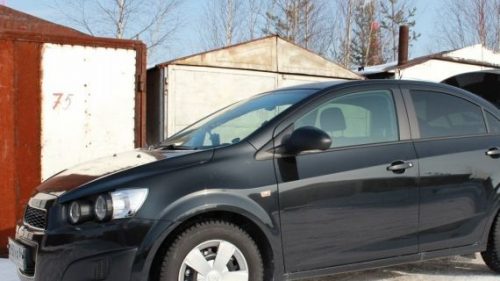 The situation is somewhat worse when the break occurs near the connector itself. In this case, you have to disassemble it, to replace the wire in the terminal of the connector. But that’s not all. The problem may be burnt out light bulbs numbers. In this case, too, have to tinker, because to replace them, you need to disassemble the trunk panel. Only after this can you remove the faulty instruments and replace them.

As you can see, problems exist, but they are completely solvable, including by oneself. Error codes Chevrolet Aveo T300 and 24 are not the only ones, there is still quite a large list of them. Therefore, it is desirable for all owners to have it in the car, for prompt response.

This website uses cookies to improve your experience while you navigate through the website. Out of these, the cookies that are categorized as necessary are stored on your browser as they are essential for the working of basic functionalities of the website. We also use third-party cookies that help us analyze and understand how you use this website. These cookies will be stored in your browser only with your consent. You also have the option to opt-out of these cookies. But opting out of some of these cookies may affect your browsing experience.
Necessary Always Enabled

Any cookies that may not be particularly necessary for the website to function and is used specifically to collect user personal data via analytics, ads, other embedded contents are termed as non-necessary cookies. It is mandatory to procure user consent prior to running these cookies on your website.