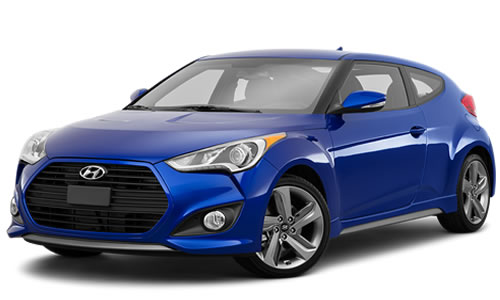 Hyundai Veloster – a subcompact hatchback, produced Hyundai from 2011. Sales began on March 10, 2011 in the Republic of Korea and at the end of 2011 in the United States. For the first time the car was introduced January 10, 2011 at the North American International Auto Show in Detroit. In its segment, Veloster replaced Hyundai Tiburon. The car is unique in that the driver has 1 door, and from the passenger side – 2. Prices in the US start at $ 17,800.

In May 2007, Hyundai announced that they are going to produce a youth car called Veloster, which will be made with an emphasis on design. In September of the same year, the company introduced the concept car at the Frankfurt Motor Show. It was expected that the final version will be shown in January 2008, but the company temporarily froze the project, and again remembered it only in June 2009. In December 2010, the company said that the car will have 1 door on one side, and on the other – 2, and also told about the engines. In January 2012, the car was presented at the Auto Show in Detroit. In August 2012, the company said that it also intends to release a charged version of the car. The car was also shown at the 2013 Motor Show in Belarus.

Veloster is available with 3 petrol engines with a capacity of 1.6 liters, and the turbocharged Gamma TCi GDi G4FJ car was the first among the company’s other cars. It is available in 2 versions: 186 and 204 horsepower. Transmissions 3: 6-speed manual, automatic and robotic.