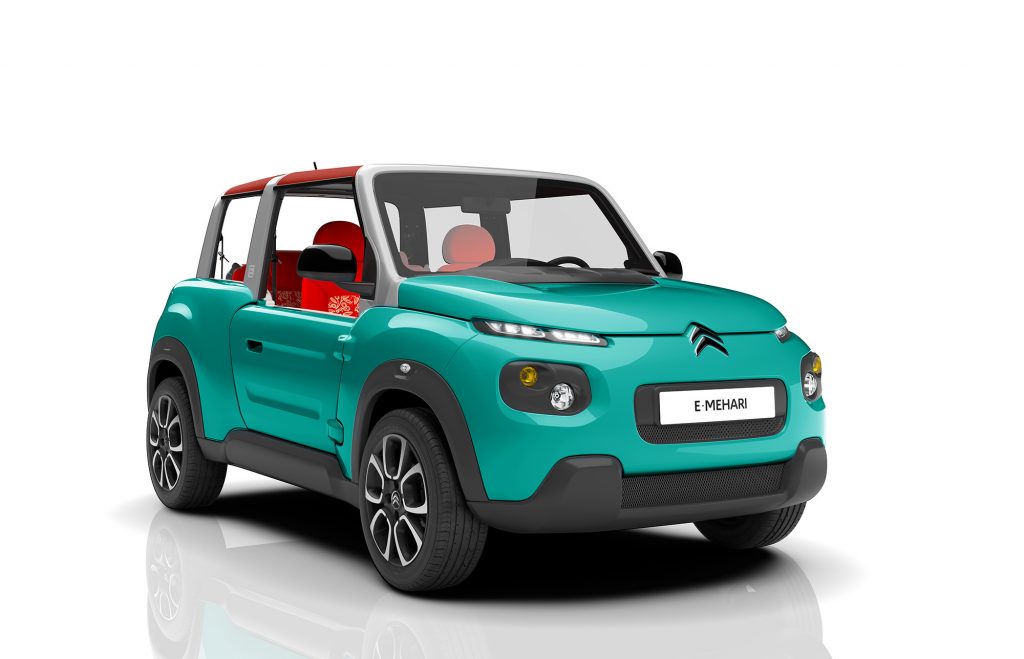 Citroën E-Méhari is a compact electric car with a Citroën cab type plastic body presented in the spring of 2016. The car is designed by the PSA concern together with the holding company Bolloré Group. Externally, it almost completely repeats the concept car Citroën Cactus M, and the filling is the Bolloré Bluesummer model. The engine develops 50 kW (68 hp), powered by lithium-metal polymer battery capacity of 30 kWh and allows you to accelerate to 110 km / h (limited by electronics).

Run without recharging – 200 km in urban cycle. From a household socket for 16 amps (220-240 volts), the E-Mehari battery is fully charged for eight hours. The same will have to stand in the public terminal. Note that in France there is a developed network of refueling and rental of Autolib electric cars, created by Bolloré Group.