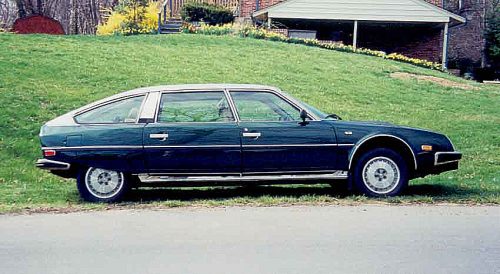 Citroën CX is a business class car produced by the French car manufacturer Citroën from 1974 to 1991. For all time (16 years) it has been sold about 1,2 million copies. CX in 1975 won the European Car of the Year Award. The name CX stands for CD (aerodynamic drag coefficient), since CX has a very good coefficient.

Some enthusiasts have been called the last “real Citroën”, since after the release of this model in 1976 another French auto maker – Peugeot joined with Citroën in the PSA. Also CX became the last successful car from the “Big Citroën” series, which began as early as 1934.

CX was available in three versions – fastback, station wagon and extended fastback (with an increased wheelbase) on the station wagon.