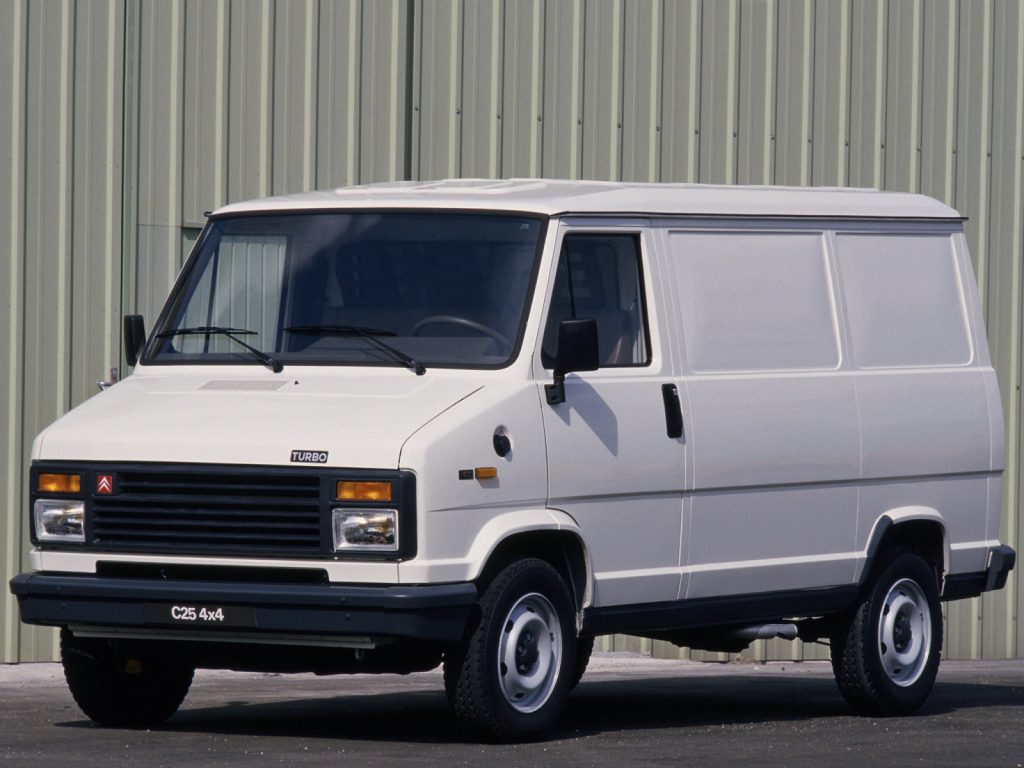 As a result of cooperation with the Italian manufacturer Fiat (which began in 1974 with the C35), the C25 was manufactured at the Sevel plant in Italy, along with similar Fiat Ducato and Peugeot J5. In the UK Peugeot J5 was sold as Talbot Express.

In 1990, the upgraded J5 with changed radiator grilles, front headlights and front doors was presented. In 1994, he replaced the Citroën Jumper.

The Citroen C25 is a popular cargo van that was manufactured from the assembly line throughout 1981-1994. It should be noted that Citroën C25 was replaced by Citroën H Van on the conveyor belt, while in 1993 it did not “go on a well-deserved rest”, leaving a place for its successor – the Citroën Jumper. The Citroën C25 car has a common platform with cars Peugeot J5, Fiat Ducato and Talbot Express. It’s also worth mentioning that the Citroen C25 was a very unpretentious, large, hardy car with a simple engine, like a tractor (for example, as few electronics as possible). This car was very popular and it is fully justified. Like other models of the Citroen concern, this car has confirmed the quality and reliability of the vehicles manufactured here.