How to get unlock radio code for your Renault free

Many Renault Duster (or Clio, Megane, Scenic, Trafic, Kangoo, Laguna, Modus, Logan, Twingo…) owners are wondering how to unlock the radio and where to find out the unlock Renault radio code.

This radio code generator will help unlock all regular radio in cars Renault.

If you need to unlock the radio in the Renault Scenic radio  and in general of all Renault models, then you should find out the PRE-code.

This PRE-code must be entered into the program window RENAULT PRE-CODE CALCULATOR, click on the “Generate” icon and the unlock code of the head unit should display a 4-digit code in the field. 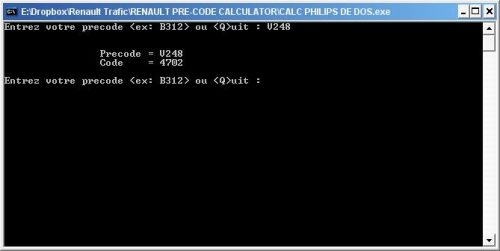 OR you can look at the Renault radio code list (PDF)

Where to find PRE-code?

There are cases when the radio does not give you a Pre-code, in such cases, you need to remove the radio and find out this information on the sticker that is on the case. 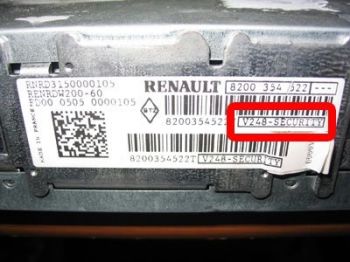 In this particular case, the code is -V248 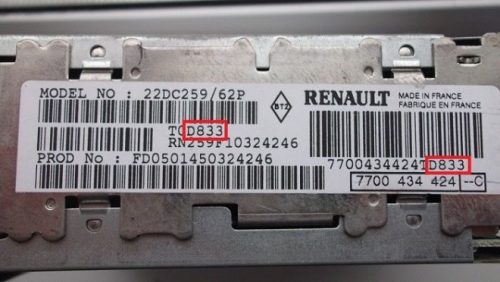 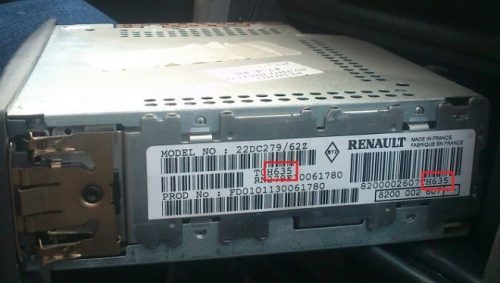 This example of Renault Traffic, the first letter of the PRE-code is O (we remember that the PRE-code of the radio is 1 letter and 3 digits)

The example on the Renault Logan 2: 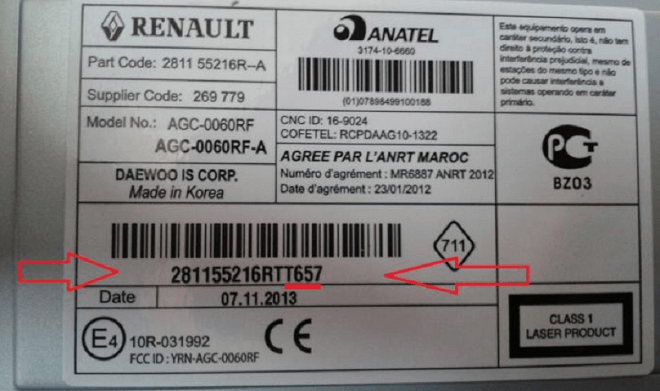 If you have a Media Nav media player with a touch panel installed in your car, in order to see the PRE-code you need to dismantle the right air duct, so you can find out the code without removing the radio itself. 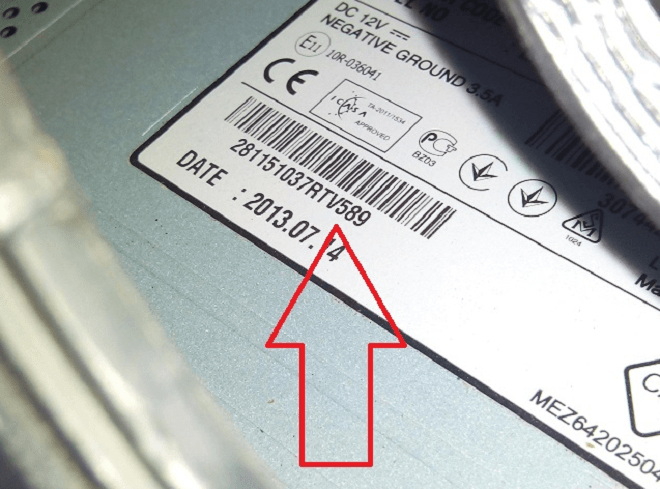 What to do if PRE-code cannot be found?

There are cases when a lot of different bar codes and inscriptions are printed on the radio tape recorder, but there are no numbers we need (one letter and three numbers). In such situations, you can try to use applications for smartphones to recognize bar codes, try to read all bar codes and in the data obtained, look for your PRE-code.

How to enter PRE-code in Renault Duster?

The unlock code for the radio in Renault Duster contains 4 digits.

When entering the radio code, ERROR writes you, do not be afraid, nothing is broken, press “1” and “6” again and the display will return you again to the code entry stage.

To enter the code, you can use the joystick under the steering column or radio panel, after dialing the desired code, press the number “6” and hold.

At this stage, the decoding of the radio is over, as you can see, there is nothing complicated, if you once learned the radio unlock code – in the future it will no longer need to be generated.