Zotye is a Chinese automotive brand that is included in the TOP-10 leaders of the Chinese market. Zotye Auto adheres to the idea of ​​innovative rationalism, combining in the cars European comfort, reliability and high manageability without compromising style. 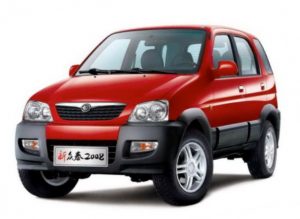 Many accuse the company ZOTYE of plagiarism, the similarity of ZOTYE cars with eminent cars should be taken as the fact that ZOTYE has long been a component supplier to many of the production of European brands in China. Naturally, this cooperation influenced the appearance of ZOTYE cars. But ZOTYE cars have an impeccable appearance, outstanding running and performance characteristics, a high level of quality and comfort. This manifests its own style – ZOTYE!