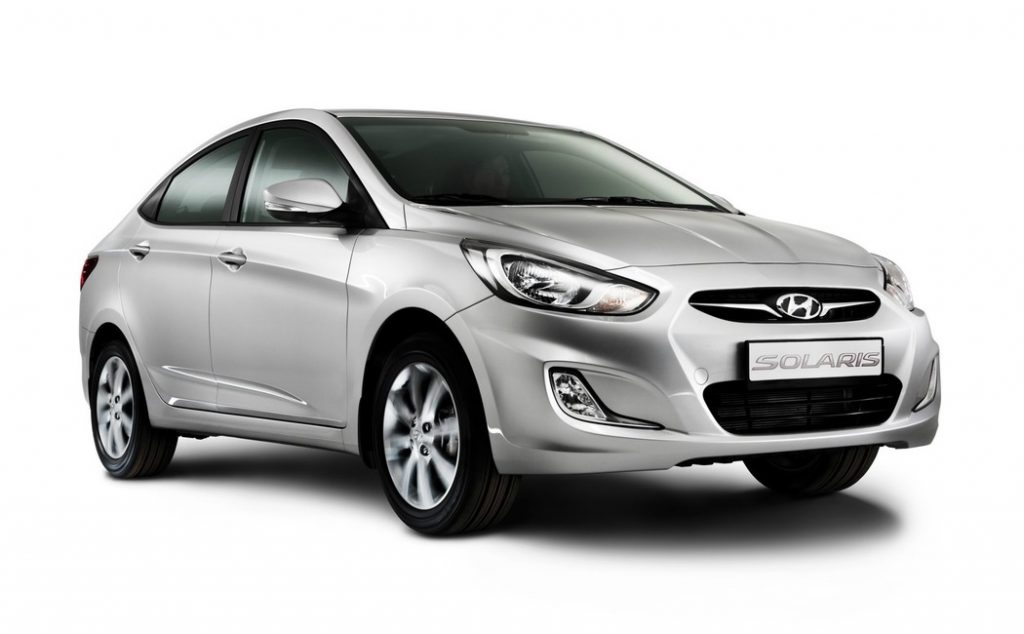 Hyundai Solaris – Class B front-wheel drive car (“Polo Class”), developed by Hyundai Motor Company in 2010 specifically for Russia. The car got its name after the competition.

The presentation of Hyundai Solaris in Russia took place on September 21, 2010.

The car is equipped with 4-cylinder 16-valve engines in volume of 1.4 or 1.6 liters, 5-speed manual or 4-speed automatic gearboxes. The front suspension is independent, such as McPherson with springs and a stabilizer of transverse stability, rear – semi-dependent, spring, with shock absorbers.

On the territory of Russia, the car is produced at a full cycle plant located near St. Petersburg.

The first Solaris car came off the conveyor on January 17, 2011. In the middle of 2011 in the model line will be a version with a body hatchback.

The car is an exact copy of the fourth generation Accent model for the domestic Korean market.