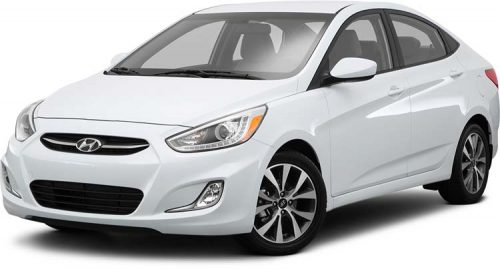 Hyundai Accent (in some countries is sold under the name Verna, in Russia the model is called Solaris, in Australia until 2000 with the name Excel) – a subcompact car manufactured by the South Korean company Hyundai Motor Company. Is produced in South Korea, India, Turkey, Russia, Ukraine, Pakistan, Kazakhstan and Iran.

Accent (X3) was first introduced in 1995 as a model replacing Hyundai Excel. In the Netherlands and Australia, he also bore the name of his predecessor Excel, and in France Pony. The car was produced in bodies: a sedan, a three- and five-door hatchback. The choice offered two petrol engines of 1.3 liters and 1.5 liters of 12V (60-99 hp). 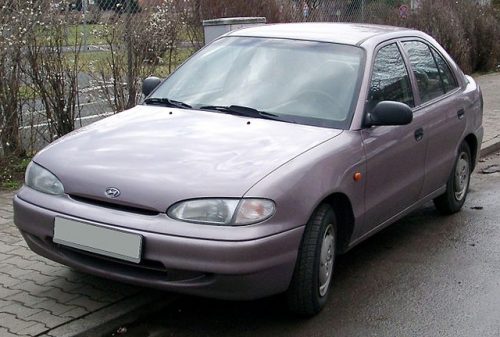 Hyundai Accent became the first independent development of the company. A new, rather modern design, simple construction and low price allowed Accent to win a market niche in many countries, including Russia. Was introduced in 1994. The new car was to become a serious bid in the European market.

Appearance Hyundai Accent of the first generation is made in the style of biodesign, which dominated in the mid-1990s in the automotive industry. For painting machines of the first generation, unusual colors were suggested, for example, lilac or pink. The car had enough brittle bumpers. The interior is made in rounded forms and had a well-thought-out ergonomics. The car was manufactured in several trim levels: from the cheapest, with one rear-view mirror, to expensive ones – with automatic transmission, air conditioning, hydraulic booster, electric windows and airbags.

Since 2000, Hyundai has started producing an updated version of the Accent, which has an LC index, with more straight shapes and an enlarged interior space. In Korea, this model was sold under the new name Verna. In 2003, a small facelift was made, the model received the LC2 index. 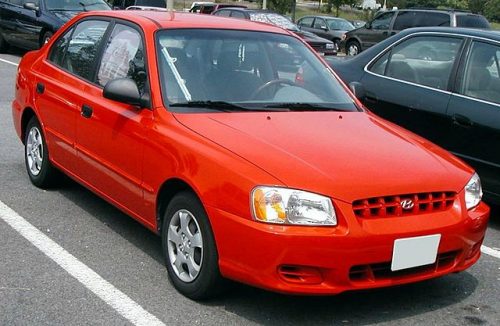 The car received a new 1.3-liter 12-valve SOHC and a 1.5-liter 16-valve DOHC engines. Also for the first time appeared a diesel version with a 1.5-liter three-cylinder turbodiesel CRDi. In Europe and North America, Accent was available in the following versions: GL, GLS and GT with a 1.5 liter engine, and since 2003 with 1.6 liters. In Australia, GSi, CDX and MVi were available.

In 2003, the plant began to release a restyling version. The dimensions have changed, the grid has again become iron. The issue ended in 2006.

In 2006, Hyundai introduced the fully updated Accent model. In Russia, this model was called Verna. The car was built on the same base as the Kia Rio. It had a new appearance, a new interior and a new CVVT engine with a volume of 1.4 and 1.6 liters. 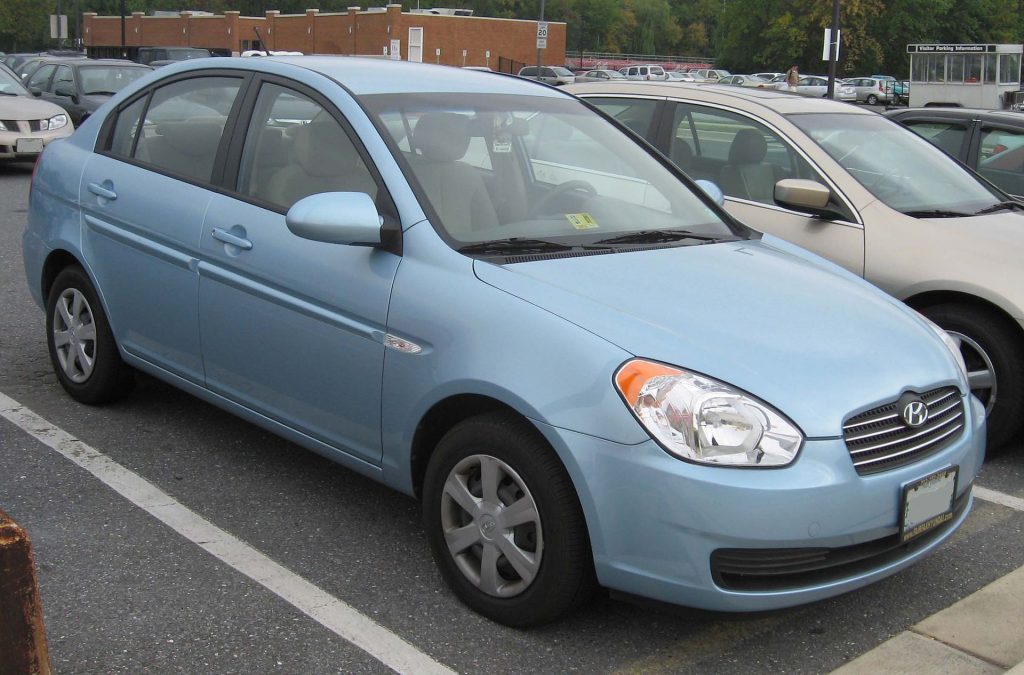 In Russia, this car did not become popular and in 2010 was withdrawn from production. 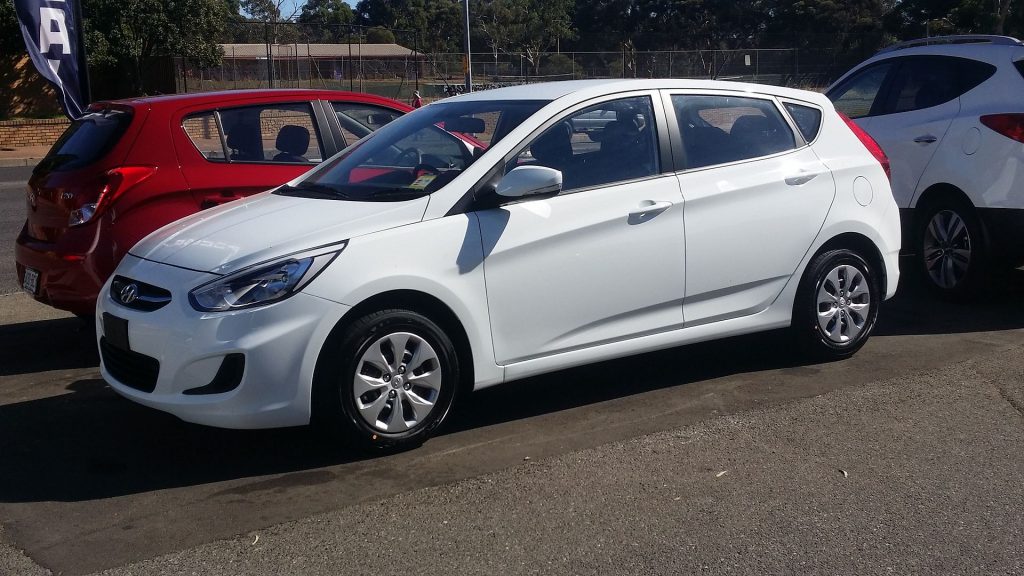 In all countries of sale, except for Russia and China, this model is referred to as Hyundai Accent (Korea, USA, Canada, Australia, Ukraine, Kazakhstan, etc.). In Colombia and Israel, the model is called the Hyundai i25 Accent. In India – Hyundai Verna. In the People’s Republic of China the model is called Hyundai Verna, however, unlike India, here the car has a different shape of the front part of the body and another form of side mirrors. In Mexico, this model is called Dodge Attitude (but the Hyundai icon is saved). In Russia, the model was named Hyundai Solaris and was adapted to Russian conditions.