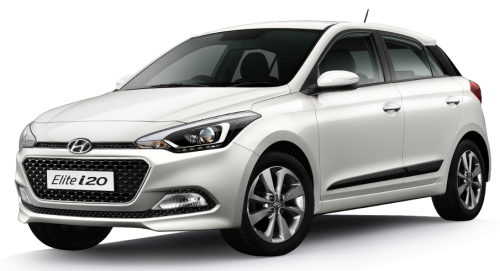 Hyundai i20 is a subcompact hatchback that has been produced since 2008. In most countries, the Hyundai i20 has replaced the Getz model, but in some markets both models are sold.

Hyundai i20 is created on a new platform, designed in the European technical center of the company Hyundai in Rüsselsheim (Germany). The car is produced with a three- and five-door body. It has become longer, wider and lower than its predecessor Getz, the wheelbase has grown by 70 mm – up to 2525 mm, and the luggage compartment volume – from 254 to 295 liters.

In 2014, sales of the second generation started. In India, the car is known as the i20 Elite.

Along with the new exterior and interior design, a new 1.4 engine appeared, the ground clearance increased (from 165 mm to 170 mm). i20 GB has 285 liters of boot space.

The car also has ABS, four airbags and a rear-view camera.

The design of the car uses Hyundai’s design philosophy “Fluidic Sculpture 2.0”. Design for the car was developed in the European technical center of the company Hyundai in Rüsselsheim (Germany).