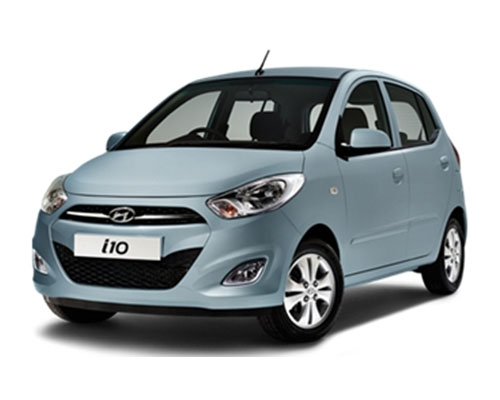 The miniature five-door hatchback Hyundai i10, which replaced the Atos model, was launched in the Indian city of Chennai in 2007. The main market for the car was India, but it was also sold in Europe, Asia, Latin America. In Russia, the Hyundai i10 has never been delivered, but Ukrainian car enthusiasts could purchase this model officially. In the Mexican market, the car was known as the Dodge i10.

A range of gasoline engines, developing from 67 to 86 h.p., consisted of a three-cylinder liter engine, as well as four-cylinder engines with a volume of 1.1 and 1.2 liters. Another was a three-cylinder 1.1-liter turbodiesel with a capacity of 75 h.p.. In the basic configuration, the hatchback Hyundai i10 had a five-speed manual transmission, for gasoline versions it was possible to order a four-stage “automatic”.

In 2010, the “ai-tenth” restyled, and in 2013 it gave way to the second generation of the model. Only in the Indian market is the old and new versions of the machine sold in parallel.

The compact five-door hatchback Hyundai i10 of the second generation is produced in Turkey from the end of 2013. In the European market, the car is offered with gasoline engines: a three-cylinder volume of one liter (66 h.p.) and a four-cylinder volume of 1.2 liters (87 h.p.). Transmission – a five-step “mechanics” or a four-stage “automatic”.

In India, the Hyundai Grand i10 is being manufactured with a wheelbase extended by 10 cm (as well as the Xcent soplanform sedan). This model is sold only in the local market in parallel with the machines of the previous generation. On Indian hatchbacks put three-cylinder turbodiesel 1.1 (71 hp) or 1,2-liter gasoline “four” capacity of 83 liters. from. The automatic box is offered for a surcharge only for gasoline versions.

One thought on “Hyundai i10 PDF Workshop and Repair manuals”