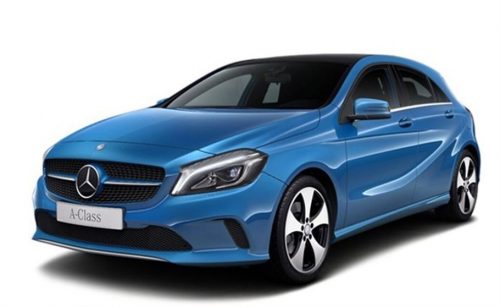 Mercedes-Benz A-class – a series of compact (until 2012 – subcompact) cars of the German brand Mercedes-Benz. The first generation (W168) was introduced in 1997, the second generation model (W169) appeared at the end of 2004, and the third generation (W176) debuted in 2012. It is the first series of the company’s cars in its segment, where a front-wheel drive was installed.

The development of the prototype was started in the early 1990s. When designing the future car, the engineers of the company took into account the experience and solutions obtained when working on the concept car Mercedes-Benz NAFA. In 1991, two prototypes were developed: one fitted with an internal combustion engine, the other an electric motor. For economic reasons, only the ICE model was released to the mass market in 1997, while the electric car went to long-term testing and refinement.