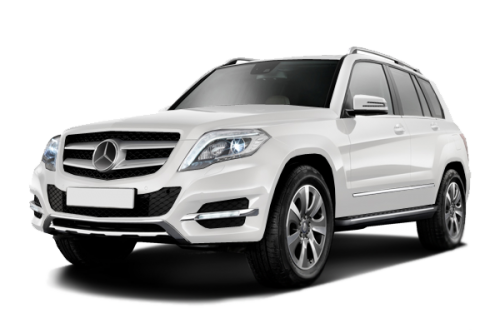 Mercedes-Benz GLK-class – a series of luxury compact crossovers of the German brand Mercedes-Benz, based on the universal S204 C-class. The GLK class was first introduced in 2008 at the North American International Auto Show in Detroit under the name of Mercedes-Benz Vision GLK. In the same year, mass production was established. The assembly of the car was carried out at the plant in Bremen (Germany) – this is the first SUV Mercedes-Benz, which was released there.

The class is represented by one single generation of Mercedes-Benz X204, which in 2012 was subjected to restyling, during which the model received an updated design, a new steering wheel and some changes in the interior. Also the power units of the car were modernized.

In the Russian market GLK-class was offered with gasoline and diesel engines, all versions were all-wheel drive and equipped with a seven-speed automatic transmission.

In addition to the Vision GLK Freeside concept at the 2008 North American International Auto Show, the Mercedes-Benz Vision GLK Townside was presented, demonstrating the dynamic characteristics of GLK. Most of the technical solutions the concept car shared with the Vision GLK Freeside, with the exception of sports suspension and other exterior and interior design (leather upholstery of light aquamarine and matt aluminum trim elements).

The serial model of the GLK-class with the internal index X204 was presented in 2008 at the Beijing Motor Show. The car is based on the Mercedes-Benz W204 C-class platform, but it has a design that was strongly influenced by the G-class. European models went on sale on June 30, 2008, shipments to customers began in the fall. The early model lineup consisted of GLK 220 CDI 4Matic BlueEFFICIENCY, GLK 320 CDI 4Matic, GLK 280 4Matic and GLK 350 4Matic. The special series GLK Edition 1, available to order from 2008 to 2009, was supplied in a V6 engine, a sports package for the exterior, 20-inch wheel rims, Easy-Pack technology, a special interior package, nappa leather upholstery, a multifunctional leather steering wheel AMG and other distinctive elements.

At the Geneva Motor Show in 2008, the concept car was presented on the basis of the GLK-class production model with a hybrid engine. The car was equipped with a power plant consisting of a 4-cylinder engine with BlueTEC technology and an electric motor. The equipment includes 20-inch alloy wheels, black leather dashboard, Command APS multimedia system with a central display and a suspension with Agility Control technology. The body of the car was painted in the corporate color “alubeam blue”.