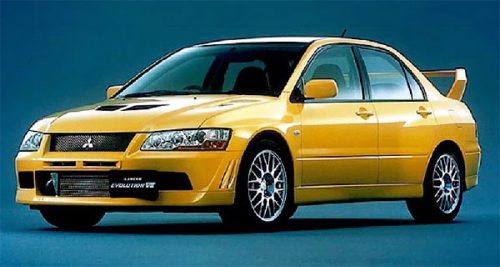 Mitsubishi Lancer Evolution is a name that arouses the awe of anyone who has ever been interested in a rally. So this is the image of this car. Yes, and it was created solely for rivalry on rally tracks, and it was sent to mass production only in order to get sports approval (homologation) from the International Automobile Federation – these are the rules.

Since 1992, when the Lancer Evo 1 appeared on world tracks, ten generations of this legendary car were released. The most popular among the modifications (and quite deservedly) was the sixth generation, thanks to the Finnish racer Tommy Mäkinen, who won the world title four times on the Evo VI. The history of Mitsubishi Lancer Evolution knew both ups and downs, but this car has always remained extremely popular with rally sportsmen, especially in Russia, where at all times there were only two rally legends – Mitsubishi and Subaru. By the appearance of the tenth generation Lancer Evo racers reacted with a poorly concealed distrust, the car was very different in that it was used to see on the racing tracks. In addition, the memory has not yet healed the “wounds” from trying to get Lancer to go quickly to the seventh evolution. By the way, he never went. Therefore, the “ten” was met without enthusiasm. But most of the doubts fell away with the first steps of the new, unknown to science beast. Mitsubishi Lancer Evolution X went faster than its predecessor, despite the fact that this is a completely different car.