Mitsubishi Diamante – full-size car of Japanese concern Mitsubishi, produced for the markets of different countries, including for domestic. The first generation got on the conveyor belt in 1989, Diamante was produced with bodies of types of sedan and wagon, and from the moment of the release the car was positioned as belonging to the business class.

Mitsubishi Diamante of the second generation was produced in Japan since 1995. The range of powertrains included several V-shaped 6-cylinder gasoline engines: 6G73 SOHC 24V (200 hp) with the MVV system, DOHC 24V (200 hp), and a 3 liter 6g72 DOHC 24V. (230 hp) It was also offered a “charged” version of the 3-liter engine: 6G72 DOHC Mivec. (270 hp) The transmission was only automatic, and the drive as before could be front or constant full. All boxes had a semi-automatic mode, and an electronic control system INVECS-II. Only the 2.5E version had a conventional automatic transmission with winter mode.

Another update Mitsubishi Diamante occurred in 2002.

Constructively, the body of the Diamante was the basis of the previous generation with a new plumage, the only available in the Japanese market was the V-shaped 6-cylinder engine with a capacity of 2.5 liters and 170 hp, the transmission was a 4-speed automatic transmission. A characteristic feature of the Mitsubishi Diamante engine of the 2002 model year is the presence of the direct fuel injection system GDI. 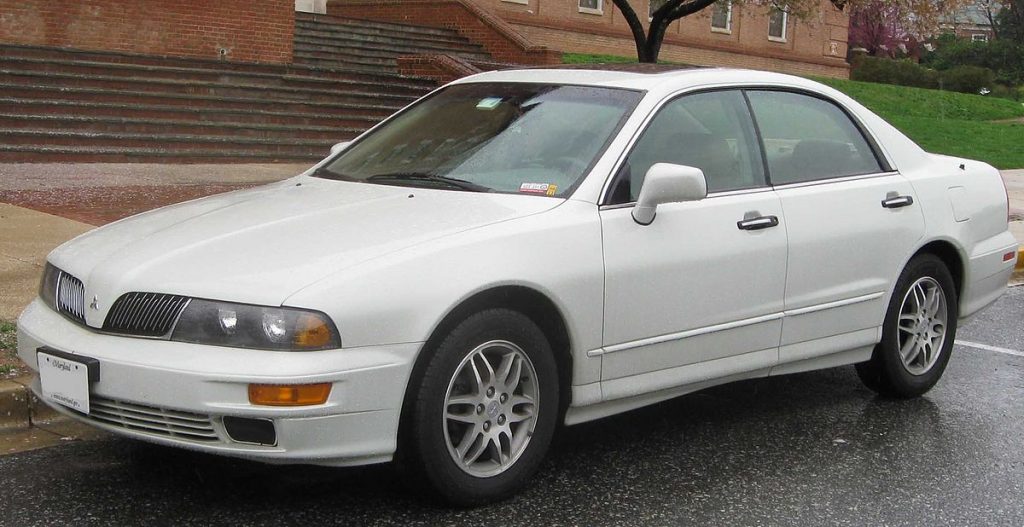 In the domestic Japanese market, there was also a “charged” version of the Mitsubishi Diamante, which featured an audio system with a total power of 270 watts, sports suspension, exclusive wheel discs and an original exhaust system.

The release of Mitsubishi Diamante was completed in November 2005.