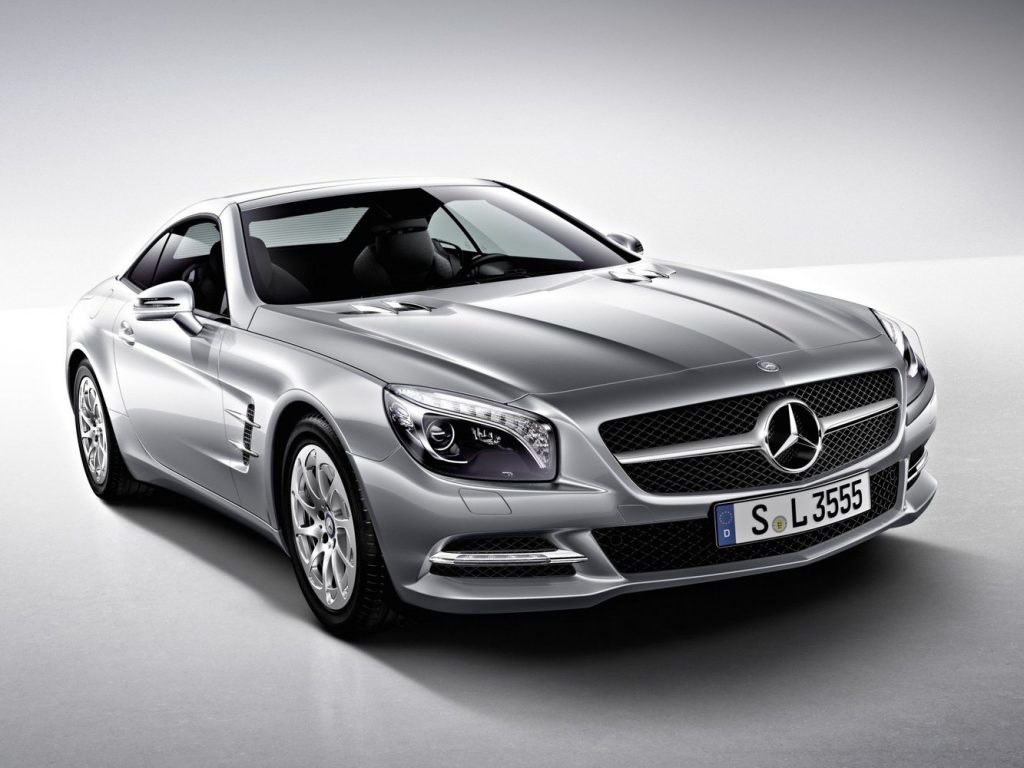 Mercedes-Benz SL – a series of light sports cars luxury-class German automotive brand Mercedes-Benz, produced since 1954. The idea of ​​creation belongs to Max Hoffman, an importer of luxury European cars in the USA in the 1950s, who evaluated the model’s sales opportunities, taking into account the availability of wealthy Gran Turismo car enthusiasts in the rapidly developing post-war American market, which is still the main market for SL- class.

The designation “SL” was first applied to the model Mercedes-Benz 300 SL, which is often referred to as “Gullwing” because of its doors, similar to the gull wings.

Currently, the SL-class includes six generations of cars in numerous engine configurations, including high-performance modifications from the Mercedes-AMG division. 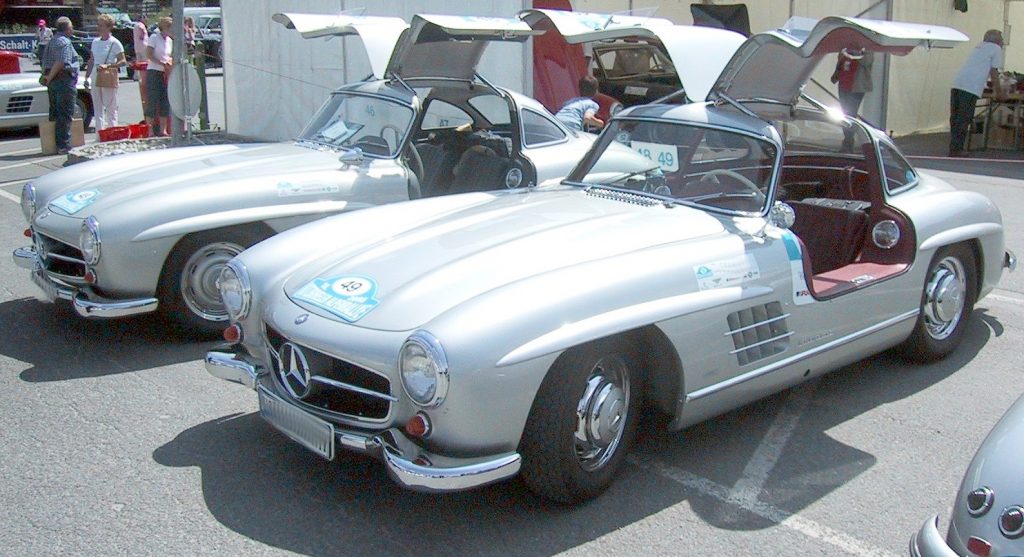 Not yet in time to restore its infrastructure destroyed in World War II, the concern Mercedes-Benz began to actively participate in racing competitions, such as the 24 hours of Le Mans, Mille Miglia and others. The success story of the SL-class begins with the racing model 300SL (W194) and a brilliant victory at the prestigious international races in 1952, which served as a reason for creating models 300SL Gullwing (W198 I, on sale since 1954) and 190SL (W121, since 1955 .). With the advent of the more powerful Mercedes-Benz W196 in 1954, the W194 would have been put on the spot, if not for one event. In 1953, the official importer of Mercedes-Benz cars in the US Maximilian E. Hoffman (English Maximilian E. Hoffman) asked to create a road version of the racing car W194 and a year later the car was ready. The car received the designation Mercedes-Benz 300 SL and became a sensation and symbol of the 1950s. Neither the lightweight sports body nor the powerful three-liter engine had such a strong effect as the unique gull-wing doors. In 1958, the coupe was redesigned into an open roadster, which proved to be no less popular.

In 1954, the company Mercedes-Benz at the international auto show in New York, introduced a new car Mercedes-Benz 190 SL. This model represented an attractive, more affordable alternative to the Mercedes-Benz 300 SL, sharing its basic ideas and technological features. The new car was designed based on the R121 platform (modification of the W121 sedan). The car’s power was 77 kW (105 hp at 5700 rpm and 142 Nm at 3200 rpm) 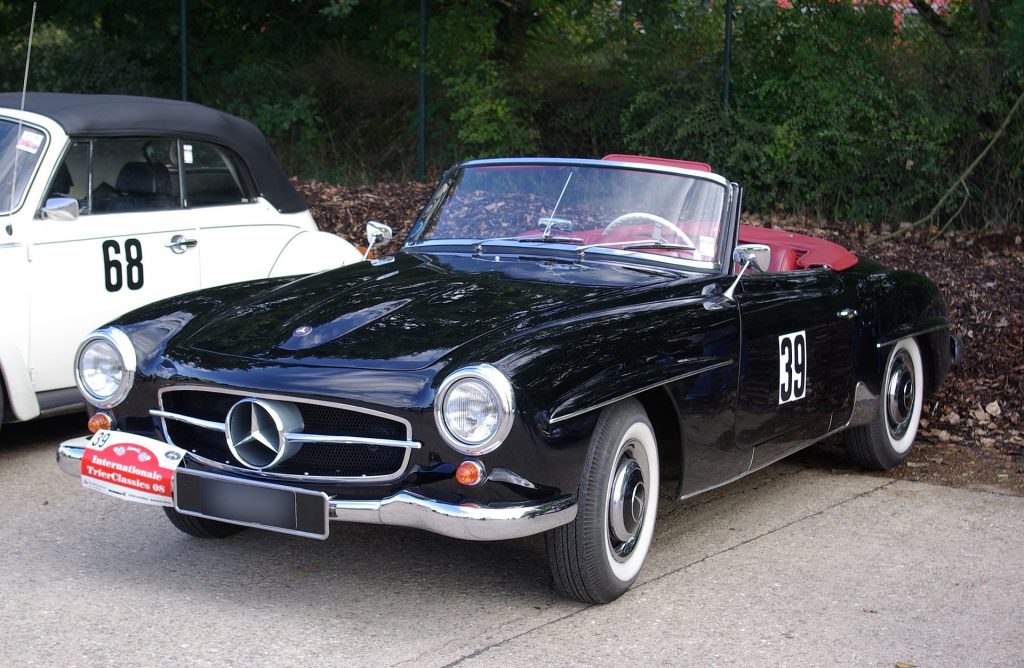 In the summer of 1963, as a replacement for the W198 and R121, a Mercedes-Benz 230SL appeared, which was nicknamed “Pagoda” because of the shape of its roof resembling a Chinese pagoda. The body of the car was a double coupe-cabriolet either with tarpaulin, or with a removable metal roof. A luxury two-seater could boast of high performance and optimum safety. Almost 70% of all copies produced were exported and best sold in the USA (40% of the total production). In December 1966 the model 250SL appeared, and a year later the more powerful 280SL. Externally, all three models of the series were the same, but differed in the engines of different working volumes. In 1971 they were replaced by the models 350SL and 450SL of the new series. 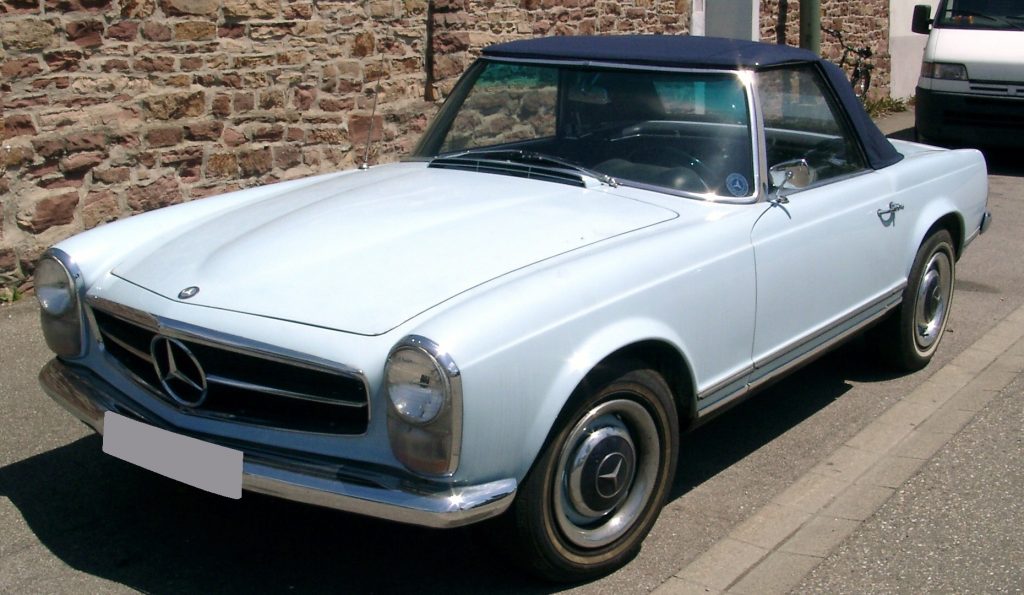 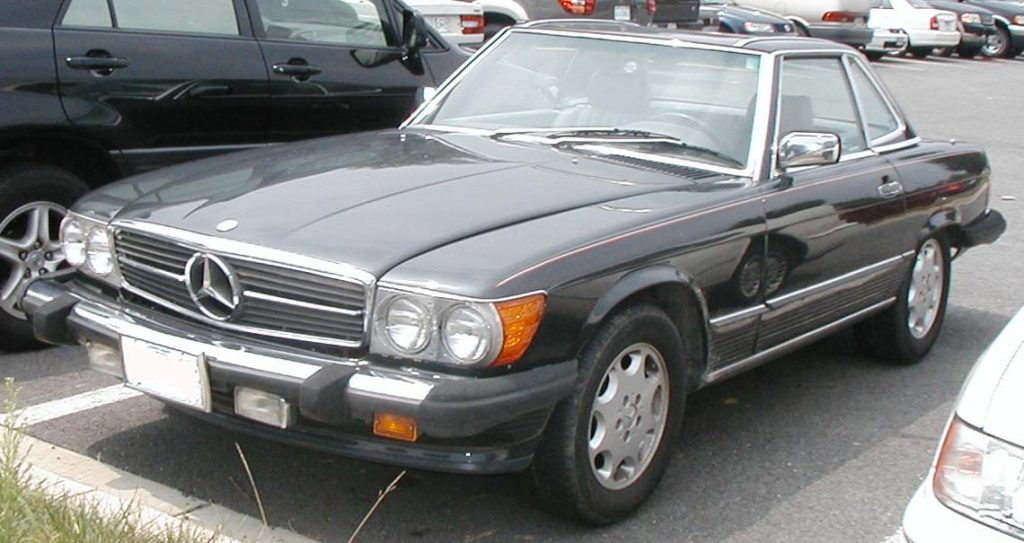 Despite the success of the model R107, by the end of the 1980s almost twenty-year-old car morally out of date. It was not easy to find a good replacement solution, but as a result, the aerodynamic scheme of the arrow-shaped form on the basis of the four-seat Mercedes-Benz W124 cabriolet was chosen. The Mercedes-Benz R129, presented at the Geneva Motor Show in early 1989, had many innovations such as an independent suspension and an automatically rising safety arc behind the seats (for the first time in the world, an open machine guaranteed safety to passengers during a coup). For the first time the company Mercedes-Benz produced exclusive publications for specific markets, and not just the adaptation of cars to meet the legal requirements and aesthetic preferences of the countries of export. The lineup began with two six-cylinder 300SL (140 kW / 190 hp) and 300SL-24, and an eight-cylinder 500SL (240 kW / 326 hp) [14]. In 1992, it was enlarged with the flagship series 600SL with a V12 engine (290 kW / 394 hp, 6.1 seconds to 100 km / h, top speed 250 km / h).

In 1993, Mercedes-Benz adopted a new classification system for cars, in which the alphabetic index is placed ahead of the digital one. A “new” SL-Class is being formed, the 500SL and 600SL models are becoming SL500 and SL600, respectively, and the 300’s were replaced by the SL280 and SL320 models. At the same time, another important event happened: tuning studio AMG became the official partner of Mercedes-Benz and released its model SL60 AMG. In 1995, cars received facelifts, including engine upgrades and the installation of a 5-speed automatic transmission. In the saloon R129 appeared side airbags, climate control and electronic stability control.

In July 2001, to replace the model R129 came a new car R230, work on which began in 1996. The production began on October 13, 2001 with plans for the release to the European market already in November of the same year. The machine had such innovations as active suspension (Active Body Control) and self-extracting roof. The lineup was opened by cars SL500, SL600 and SL55 AMG. The latter proved to be the most successful and popular for the subsidiary manufacturer of Mercedes-Benz. In 2003, a younger version of SL350 with a V6 engine appeared, and in 2004 – SL65 AMG with V12. 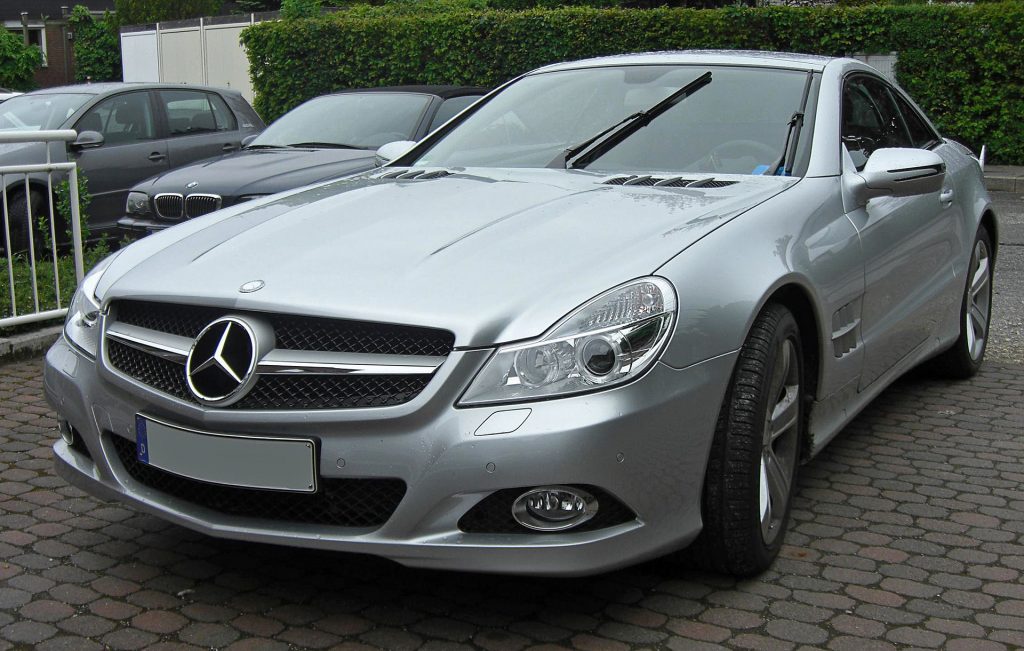 The first update occurred in 2006 [and externally it was purely cosmetic, but under the hood there were new engines for the SL350 and SL500 (which in the US became known as the SL550). The next upgrade followed in 2008, during which the car received a completely new design in front and updated electronics. The lineup has been replenished with the younger model SL280, other models: SL350, SL500 (SL550 in the USA), SL600 and SL 65 AMG remained the same, but the popular SL55 AMG was replaced by SL63 AMG, which did not enjoy the same success. In addition, in 2008, based on the R230 was released safety cars of Formula 1, and also appeared coupe SL65 AMG Black Series, which has the characteristics of a supercar.

Cars of the sixth generation of the SL-class began to be produced in 2012. The new Mercedes-Benz R231 is lighter than its predecessor, since many parts are made entirely of aluminum. The first in a series of steel SL500 with turbocharged engine V8 (320 kW / 435 hp) and SL350 with atmospheric motor V6 (225 kW / 306 hp). In February SL63 AMG was announced, and in March at the Geneva Motor Show it was shown simultaneously with the European premiere of SL500 and SL350. At the end of the month, the SL 65 AMG was introduced, and from the 31st onwards all family cars officially appeared on sale.