Honda has not lost its way by launching the Acura brand in its North American concern. The next car, like all its predecessors, justified its appearance. It is for those people who can and want to afford to buy an expensive and solid car in their possession. Moreover, he re-united both of these qualities. Relief appearance pleases the eye, and, plunging into the car salon, we really begin to appreciate what we touched. 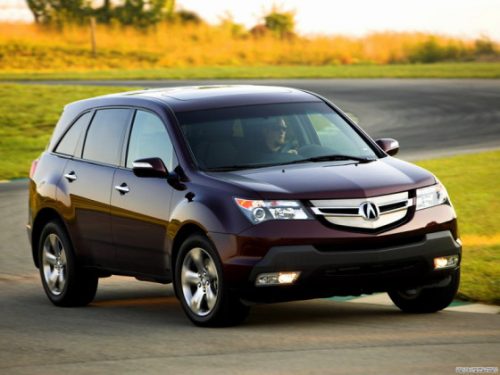 MDX is the first generation of Acura. But despite this, almost seven years, he stubbornly kept on the production pipeline and pleased the future owners. Up to a certain point, Japanese manufacturers had a hard time in the European market. In their minds, standards that determine the prestige and status of the owner are firmly eaten: if you parked in a garage, for example, Mercedes ML, then you are a pretty successful person. Also, German brands such as Audi and BMW are in great demand. But this only provoked persistent and assertive Japanese. Compare in the European market with premium cars, Lexus, Infiniti and Acura helped the new models LS, M and MDX. 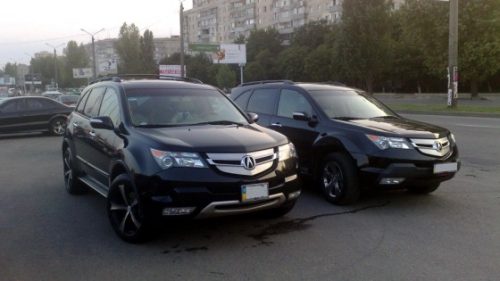 So, have waited! The new model does not leave indifferent the European manufacturer and makes you noticeably tense. The salon of the new MDX absorbed all the requirements, technical equipment and standards that are inherent in the modern luxury car. Multimedia, which is on board the handsome, is perfectly controlled through the front panel. Multimedia iDrive, MMI or Comand is already in the past. The modern eight-inch color display perfectly performs all the functions associated with manipulation, and ease of handling puts it another big plus. All the necessary operations on the screen can be carried out with the aid of a circular wheel that moves in eight directions. The rear view camera, DVD player and navigation – all this combines this functional screen. The subwoofer and seven speakers are built-in for the CD-receiver. Also, you can connect your iPod. Manufacturers have taken care of passengers who will be located in the back seat of the car. They will be served by a 9-inch ceiling mounted DVD screen and a 10-speaker audio system.

Now you do not have to regulate the proper temperature in the car. This entrusts the three-zone climate control. He, using a GPS-navigator, easily analyzes the position of the sun, in consequence of which he sets the necessary parameters. But if you still like to give orders, this will not be an obstacle to the new MDX. It is equipped with a climate control function and an audio system via voice. And in order not to search for how long and where to connect these functions, the creators compactly decomposed them on the steering wheel panel. 9 thematically located buttons will greatly facilitate your life. On the sides are keys for cruise control and sound system. At the bottom of the steering wheel you will find feedback buttons with an information display, a navigation system and activating commands that are fed through the voice. In a word, all the technical innovations will be at your fingertips. But in our time this is not uncommon. So what’s the plus of this car? The comfort of all passengers and the driver is provided. The visual and material advantages of this car are amazing. Natural leather, stylish interior design, functionality and spaciousness-that’s what makes this car a worthy representative of the luxury class. Being in this car means being at the top of luxury luxury. 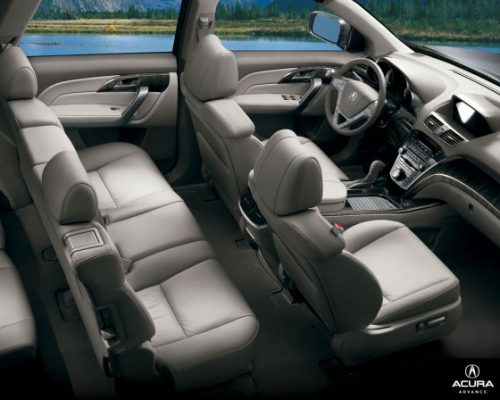 But everything can not be perfect. Even in the most perfect creation you can find cons for yourself, because people are so different. If you are tall, then sitting down on the second row, you will have to ask the leader ahead to move the chair a little further away from you. The SUV is designed for 7 seats and consists of as many as three rows. This is due to the great demand for such spaciousness in the North American market. But you should dispel all hopes that you will reach your destination in comfort. The third row with difficulty will be placed even by a teenager, what can we say about an adult person. But since the manufacturer decided so, he knows better. 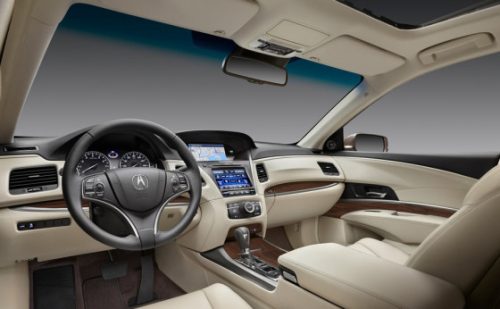 Sport Utility Vehicle is the main position of the new Acura MDX. The creators thus swung into such cars as BMW X5 and Porsche Cayenne. 300 horsepower is what can squeeze this car out of itself. This is much more than what other brands can afford, such as ML 350, Lexus RX 350 or Infiniti FX35. The biggest thing is that they can not have higher horsepower and less. And the electronic equipment creates a safe position for the driver on the road. Perhaps, it will help him to become one of the Sport Activity Vehicles.

It is the correct VTEC gas distribution, the variable-length intake manifold and the low-resistance exhaust path that made it possible for the 6-cylinder engine to be fully reclaimed. After all this, we get 6 thousand revolutions per minute and 373 Nm at 5 thousand rpm. It only says that he will have enough power. To accelerate to a hundred kilometers per hour in 7.3 seconds, and fuel costs of about 16 and 6 liters in the city.

This is confirmed by their own feelings. Acura MDX carries you on the road extremely fast and purposeful. Because of the rather high-quality work done to isolate the noise in the car, you miss the opportunity to fully enjoy the music pouring out at full yield from under the hood of your V6 car.

The car could be more economical and less fuel expensive, if it had not combined with an automatic transmission, it was also manual. But this is also not bad, just sometimes he lacks the agility and enough speed.

After 3500 rpm, the motor has a pleasant enough grip and excellent traction at low revs. Once again, we note that he does not eat much fuel and his work pours into the pleasant ears the sounds of a muffled bass. This adds a big plus to the already well-equipped Acura MDX. The all-wheel drive SH-AWD guarantees a steady and stable ride on this car. It should be noted that in due time this drive attracted considerable attention to the presentation of the sedan Acura RL (Honda Legend). This helps him dictate the rules and standards for the Sport Utility Vehicle. 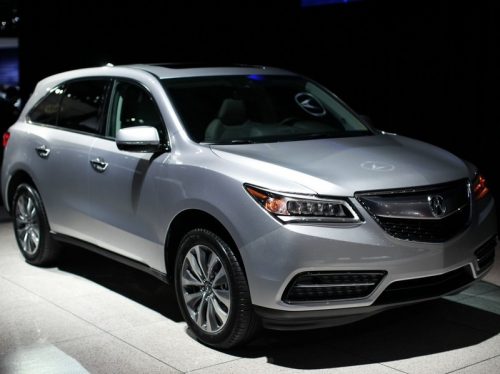 Turns and all kinds of obstacles are not a hindrance on the way for the new car SH-AWD. This is facilitated by the “computer brain” embedded in it, which regulate the correct and rapid rotation of the gears. For this car can with the feeling of complete peace and security sit down and an inexperienced driver. By accidentally pressing the accelerator pedal to full, but at the same time turning the car in the direction you need, the mechanical mind will do everything for you. You can put it in the right direction even if you lost control and you skidded. This often happens on ice-covered roads. Thanks to the systems ABC, EBD, VSA, TPMS you feel safe, and according to the NHTSA evaluation system you are under the most reliable protection, which means that you will be able to leave healthy and unharmed even in such terrible collisions as a side or front strike.

Quality riding is also about the Acura MDX. And again replenishes and so already full trunk of advantages and advantages of this luxury car. No matter how you go: by a straight line or by a sinuous serpentine, it will be able to satisfy all your whims and will serve faithfully and truly to its owner. And what if, in addition to various turns and turns, you have to overcome a huge number of potholes, bumps, asphalt and other surprises on the way? Here, he also holds a brave man, which is not inferior to his rival, fresh BMW X5. Any shock absorber mode, be it Normal or Comfort, the suspension will continue to save energy. And about noiselessness in general, conversations are superfluous.

The probable value of MDX is about 77 thousand US dollars. But this applies to the base car. For top-end equipment you will have to shell out at least 86 thousand dollars. But until the car is not on sale, and the final decision, we learn much later. But the shadow market is not slumbering. Not clean at hand, dealers already take orders from future happy owners. The competitor in the price aspect can serve as the Infiniti FX35. Its price starts at 74 thousand dollars. But do not forget that it is already officially on sale.